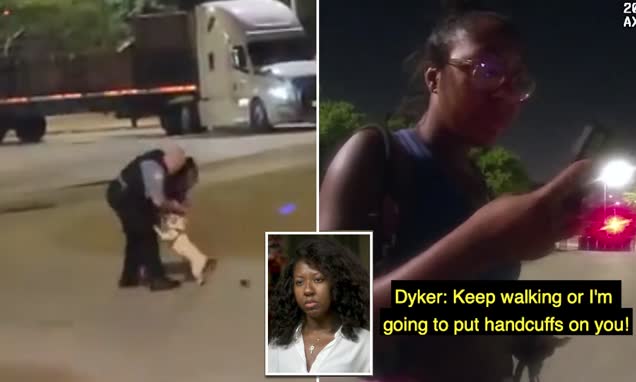 Nikkita Brown was walking her dog in a Chicago park when she claims she was attacked ‘for absolutely no reason’ by a police officer. Multiple videos show the officer approaching Brown and engaging in a physical altercation with her, causing her to drop her phone. The officer involved was identified by Brown’s lawyers as Bruce R. Dyker, 51. Attorney Keenan J. Saulter says Dyker has been the subject of 24 allegations of misconduct during his career, which began in 1998.