Russian Grand Duke, a Descendant of the Romanovs, Is Who Daniel Whyte III Wants to Play Spurgeon in His Movie Titled ‘Morning and Evening: the Life of Charles Haddon Spurgeon’ 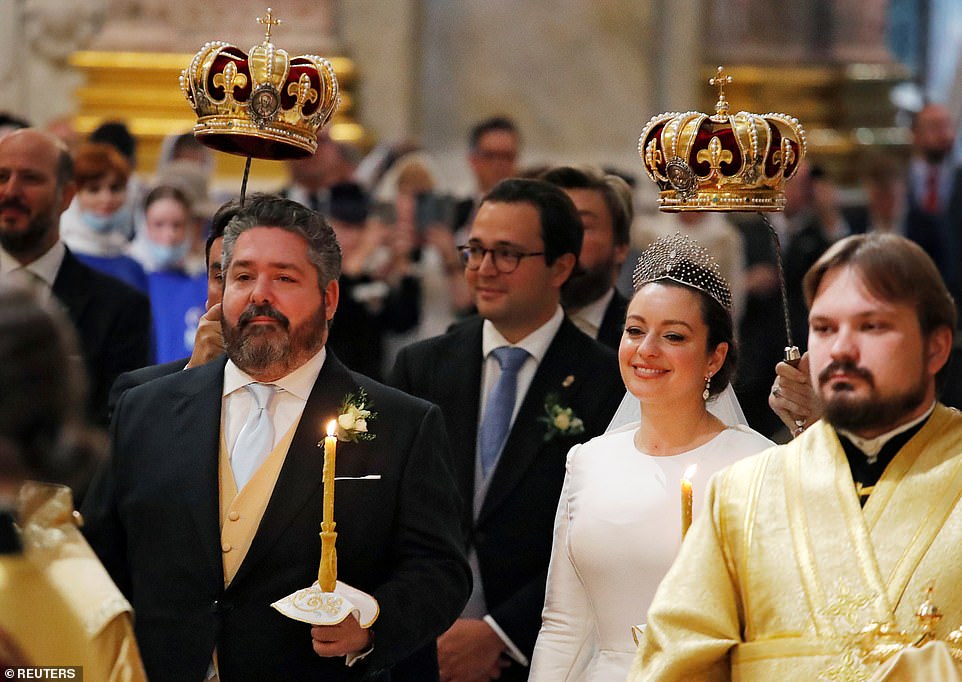 Russia today held its first royal wedding since the 1917 Bolshevik revolution toppled the Romanov monarchy, with royals from across Europe attending the lavish ceremony.

The Russian Grand Duke George Romanov, 40, announced his engagement to his long term Italian girlfriend Rebecca Bettarini, 39, after a Christmas proposal and today, the couple said their vows at the Saint Isaac’s cathedral in the former imperial capital Saint Petersburg in the presence of dozens of royals.

The bride donned a stunning white satin gown which featured a high neck, long sleeves and a billowing skirt, as well as a glittering diamond tiara, which was designed by Chaumet, official jeweller to Empress Joséphine and Napoléon.

A tribute to the St Petersburg naval base, the piece was created to evoke the volume of a sail blown by the wind.

Hundreds of foreign guests travelled to the second city for the religious ceremony, including Queen Sofia of Spain, Prince Rudolph and Princess Tilsim of Liechtenstein, and the former king and queen of Bulgaria, while mother-of-the groom Grand Duchess Maria Vladimirovna was resplendent in a blue fur-trimmed ensemble as she proudly watched her son tie the knot.

After the religious ceremony, the bride changed into a fairytale-inspired second wedding dress embellished with crystals to continue the celebrations at an evening gala, held at the Russian Museum of Ethnography.