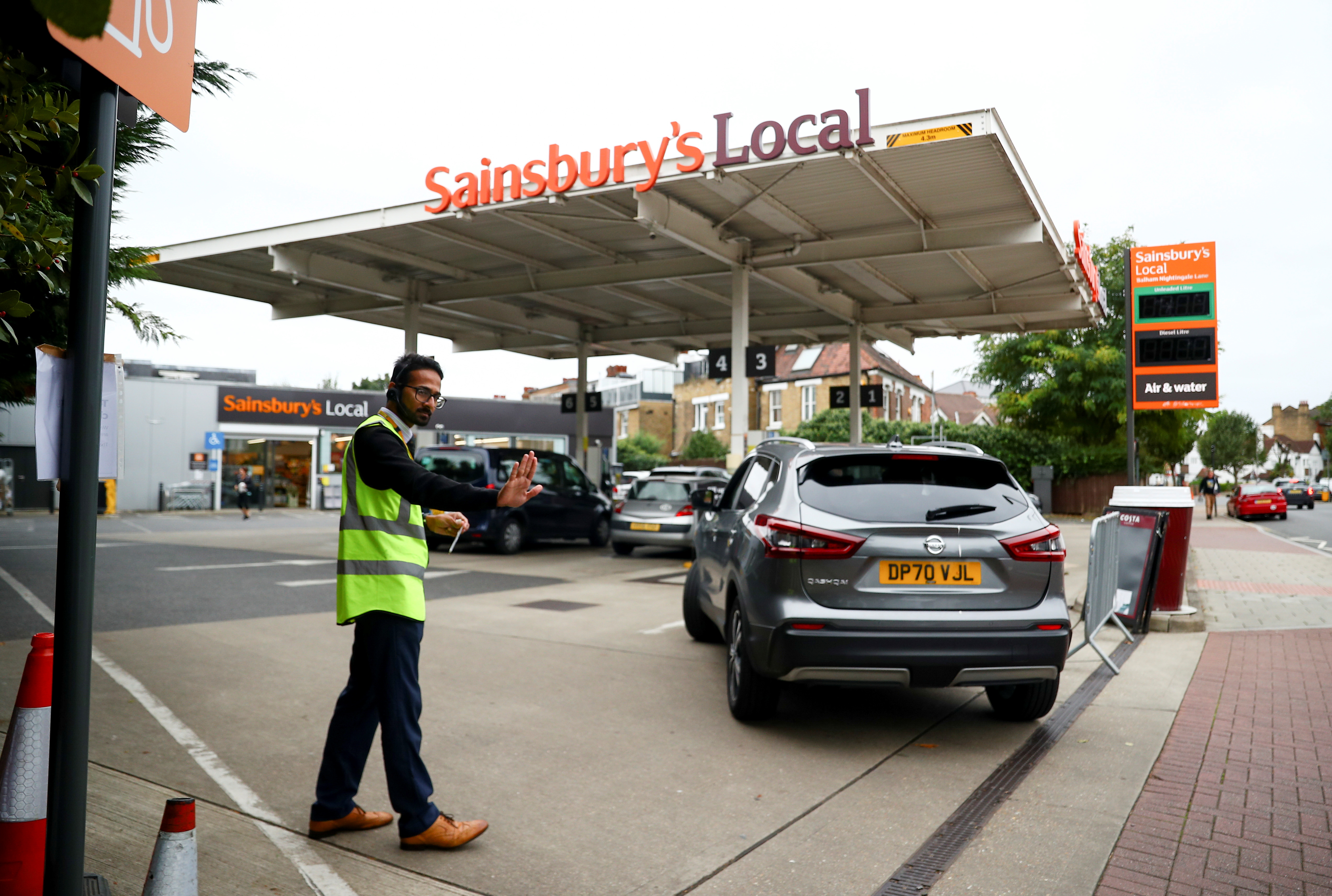 LONDON, Oct 1 (Reuters) – Many British gas stations were still dry on Friday after a chaotic week that saw panic-buying, fights at the pumps and drivers hoarding fuel in water bottles after an acute shortage of truck drivers strained supply chains to breaking point.

Shortages of workers in the wake of Brexit and the COVID pandemic have sown disarray through some sectors of the economy, disrupting deliveries of fuel and medicines and leaving up to 150,000 pigs backed up on farms.

British ministers have for days insisted the crisis is abating or even over, though retailers said more than 2,000 gas stations were dry and Reuters reporters across London and southern England said dozens of pumps were still closed.

Queues of often irate drivers snaked back from those gas stations that were still open in London.

“I am completely, completely fed up. Why is the country not ready for anything?” said Ata Uriakhil, a 47-year-old taxi driver from Afghanistan who was first in a line of more than 40 cars outside a closed Sainsbury’s petrol station in Richmond.