Comrade! Biden’s Soviet-born nominee for Comptroller of the Currency thinks Fed should ‘end banking’, admires USSR’s economy because there was ‘no gender pay gap’ and says hedge funds are an ‘a**hole industry’ 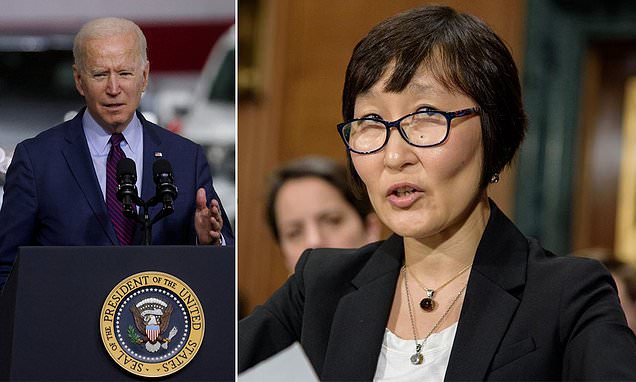 Cornell University Law Professor Saule Omarova’s nomination to lead an agency overseeing big banks has been opposed by GOP lawmakers and banking lobbyists. Despite her previous White House experience being under a Republican president, Omarova has written papers advocating for more government oversight and control over the nation’s finance industry. One of her proposals has made it into the text of a progressive Democrat-backed bill aimed at expanding climate-friendly and affordable housing. Some speculate Biden’s nomination of Omarova is a move made to placate progressives in Congress, who were rankled by reports that claimed the president is thinking of reappointing Jerome Powell to head the Federal Reserve.