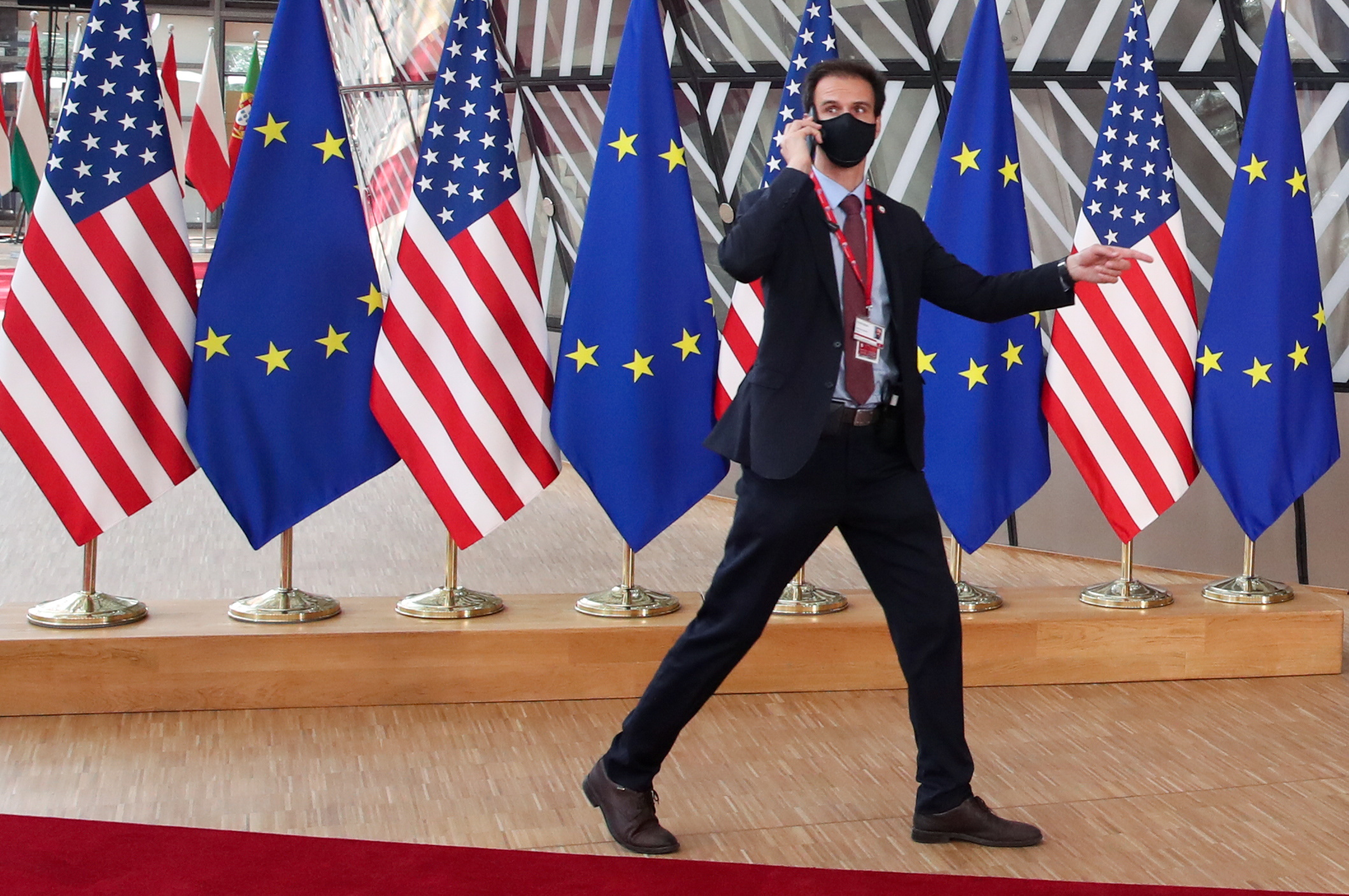 The U.S.-EU Trade and Technology Council opened its first meeting in a former steel mill building in southeast Pittsburgh that has been repurposed as a research and development center for artificial intelligence (AI), robotics and advanced manufacturing.

The meeting was nearly derailed by French anger over a U.S. decision this month to supply Australia with nuclear submarines, which prompted Canberra to scrap a $40 billion submarine contract with France.