Broadway’s Big Night at the Tony Awards Was a Disaster 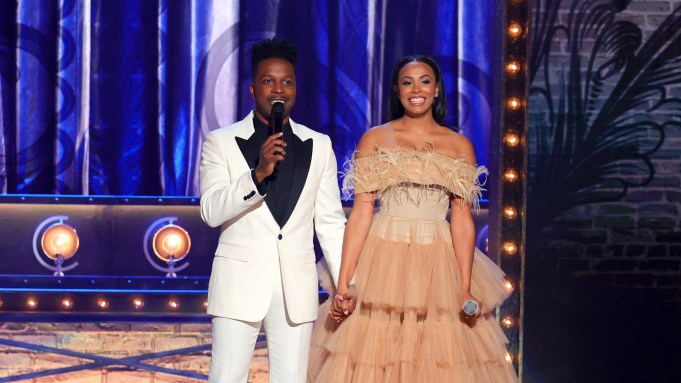 The much-nominated and tremendous Slave Play came up empty-handed and Jagged Little Pill’s Lauren Patten showed exactly what an acceptance speech should be Sunday night as CBS took the Tony Awards to a whole new stage of sorts.

Streamlining the ceremony for the 21st century in a manner the Oscars and others would do well to take notes from, Paramount+ and its corporate broadcast network cousin on Sunday night weaved a two-hour livestreamed 74th annual Tony Awards and, immediately following, the two-hour broadcast concert special The Tony Awards Present: Broadway’s Back!

Hosted by past Tony and Grammy winner Leslie Odom Jr, who was once in a little production called Hamilton, the two-pronged approach put the spotlight on the best of the 2019-20 theater season just as Broadway itself is finally reopening from the coronavirus pandemic.

Still, delayed more than a year because of Covid and delayed on the West Coast last night, the Tonys took a real hit ratings-wise. Even with NFL overruns bleeding into 60 Minutes (7.12 million viewers) and Big Brother (4.15M), the performance-rich The Tony Awards Present: Broadways’ Back ceremony snagged a mere 2.62 million viewers, according to Nielsen time zone-adjusted data. That marks the worst result ever for Broadway’s celebration.