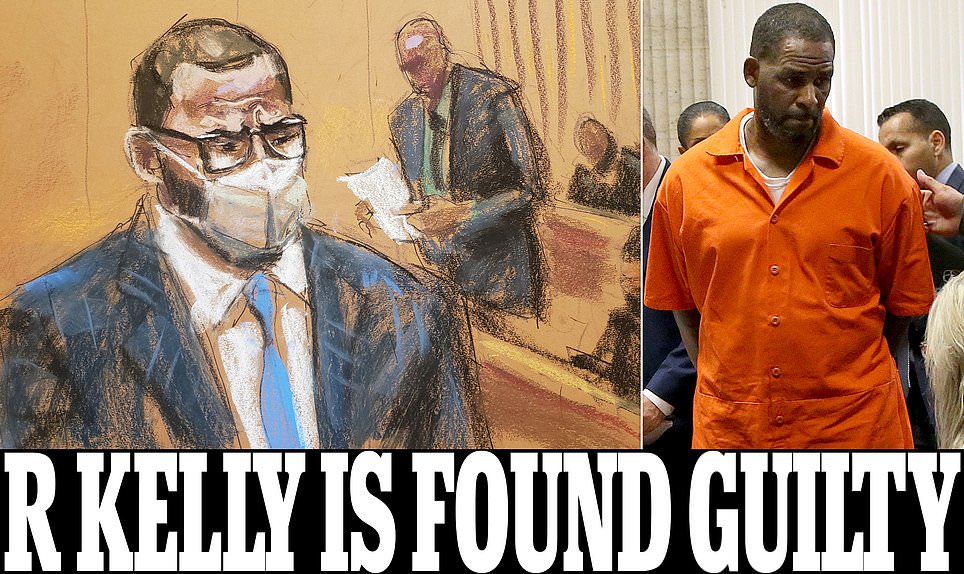 R. Kelly was found guilty of all nine counts of racketeering and sex trafficking by a federal jury on Monday during his sex trafficking trial where prosecutors accused the R&B singer of exploiting his stardom over a quarter-century to lure women and underage girls into his orbit for sex. A jury of seven men and five women reached the verdict after two days of deliberation and a six-week long trial featuring lurid testimony. Prosecutors say Kelly orchestrated a sex crimes ring for nearly three decades. He faces between 10 years and life in prison. The jury began deliberating federal racketeering and sex trafficking charges against the superstar on Friday in Brooklyn, after prosecutors and defense attorneys finished their closing arguments. Robert Sylvester Kelly, 54, was accused of running a Chicago-based criminal enterprise that prosecutors say he used to ‘target, groom and exploit girls, boys and women’ for unwanted sex and mental torment. The witnesses said Kelly subjected them to perverse and sadistic whims when they were underage. He has denied any wrongdoing.