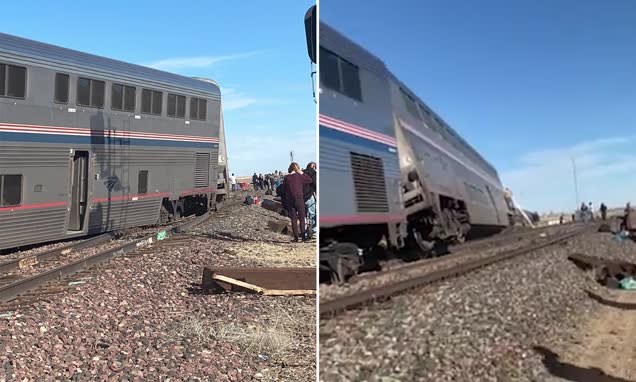 Three people are dead and more than 50 are injured after an Amtrak train carrying 141 passengers and 16 crew derailed in Montana on Saturday afternoon.

Eight cars out of the 10 cars on Amtrak’s Empire Builder 7/27 train derailed as it carried passengers from Chicago to Seattle, according to the Liberty County Sheriff’s Office. Two train cars reportedly separated and slid down a 30 foot embankment.

Police confirmed that three passenger onboard died as a result of their injuries.

‘We are deeply saddened to learn local authorities are now confirming that three people have lost their lives as a result of this accident,’ Amtrak released in a statement.

Amtrak also reported they are working with local authorities to help those who are injured.

‘Amtrak is working with the local authorities to transport those who were injured to medical care, and to safely evacuate everyone else at the scene,’ Jason Abrams. Amtrak’s Public Relations Manager said in a statement.