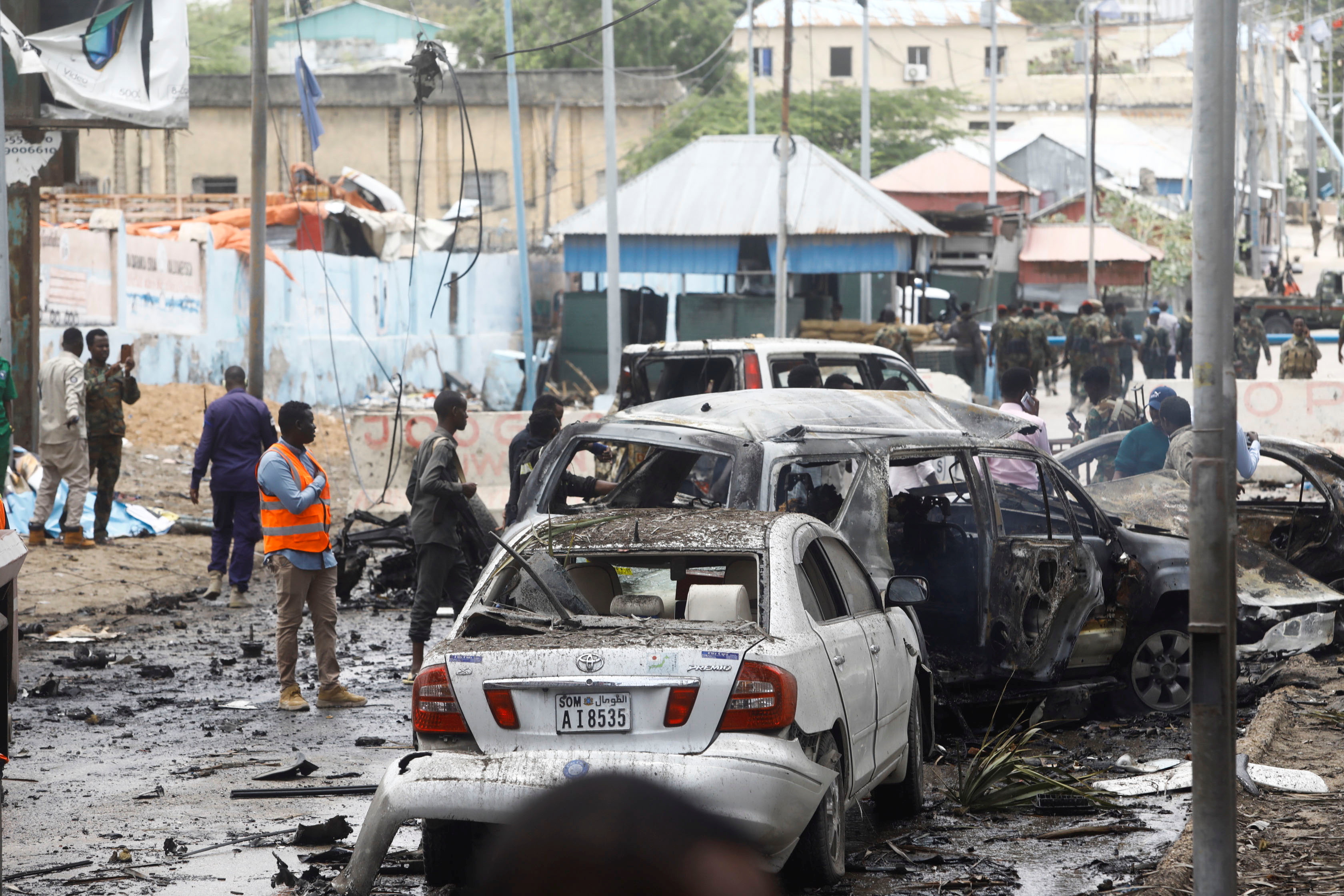 A suicide car bomb killed at least eight people in the Somali capital on Saturday at a street junction near the president’s palace, police said, and al Qaeda-linked al Shabaab said it was behind the attack which targeted a convoy going into the palace.