Two North Carolina sisters were furious after they were set to view their deceased mother’s body at a funeral home and instead found another woman wearing her clothes.

Jennifer Taylor and Jennetta Archer had gone to see their mother’s body at an Ahoskie funeral home Sept. 7 when they discovered the mistake, WAVY reported.

Archer said there was no resemblance between their mother and the woman who was in the casket.

The proof was in the outfit the woman was wearing, which belonged to their mother.

She said the unidentified woman ‘was swimming in the clothes because she was so small compared to my mother.’

The sisters approached workers at Hunter’s Funeral Home, who at first denied the woman was someone else until they went back into the embalming room and saw the body of Mary Archer. 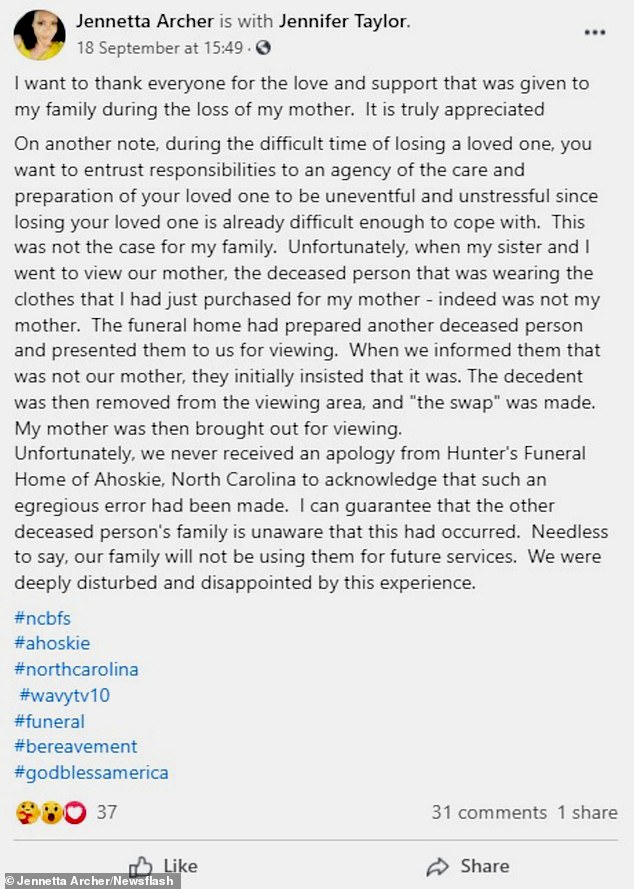 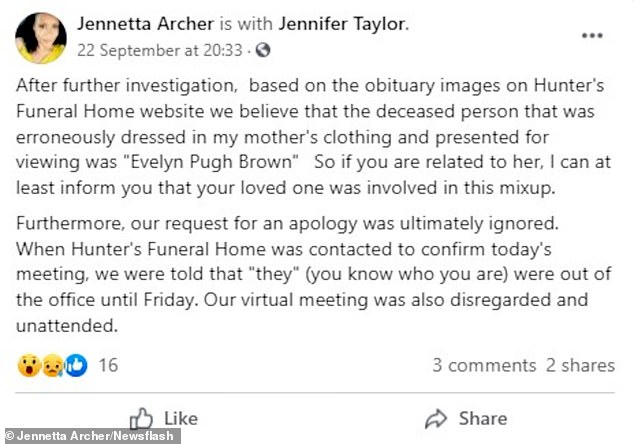