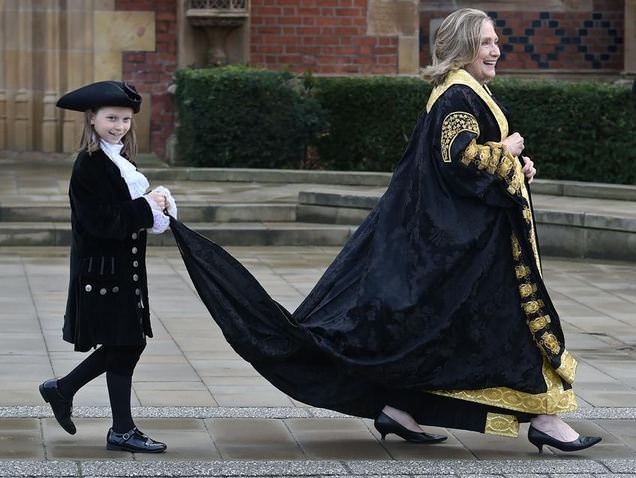 The former US secretary of state, who is the first woman appointed as chancellor of the Belfast academic institution, attended an installation ceremony in the Northern Irish city on Friday morning. As Mrs Clinton – who lost the 2016 US election to Donald Trump – took part in the installation procession, a number of anti-war protesters, who had gathered outside, hurled insults and abuse. Only yesterday, Clinton was awarded an honorary doctorate in civil law at Oxford – the institution where she was a student from 1968 until 1970. It was the 13th such ceremonial doctorate or degree that she has received since being handed a gong by the University of Arkansas in the mid-1980s.