Elon Musk and Grimes split after three years together: Tesla and SpaceX billionaire says they are ‘semi-separated’ and will continue to co-parent one-year-old son 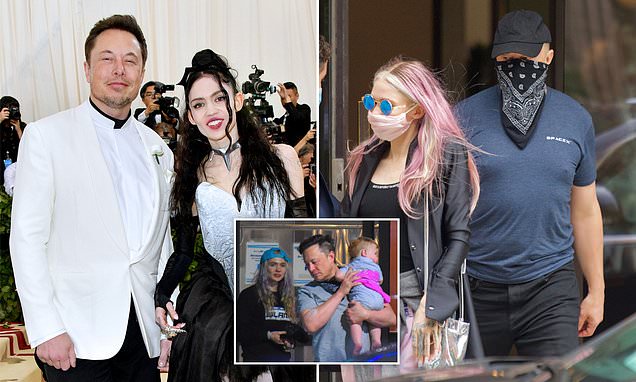 Billionaire Tesla and SpaceX chief Elon Musk is splitting from his pop star wife Grimes after just three years of marriage. ‘We are semi-separated but still love each other, see each other frequently and are on great terms,’ Musk said. He blamed their split on the distance between them after Musk moved to Texas in December with Grimes staying in LA. The couple was first reported to be dating in May 2018 when they made their public debut at the Met Gala. They recently attended this month’s Met Gala as their last public event together. They welcomed their first child infamously named X Æ A-Xii in May 2020.