Collierville Kroger shooter had been fired earlier in the day: Suspect who killed one and injured 15 before taking his own life was 29-year-old who worked in the store as a sushi chef 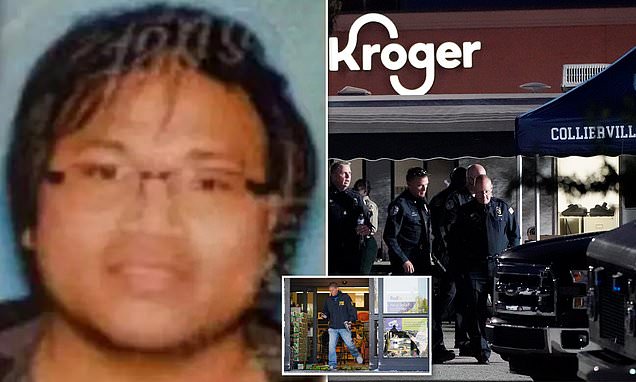 The gunman, described by police as UK Thang, a 29-year-old ‘third party vendor,’ died from a self-inflicted gunshot wound after shooting ten Kroger employees and five customers, Collierville Police Department Chief Dale Lane said during a press conference on Friday. Authorities say Olivia King, 70, died due to injuries she sustained during the shooting after stopping by the supermarket following Thursday morning mass, her family said. ‘Our family is devastated by this senseless act of violence. We ask that you pray for the repose of the soul of our mother, Olivia,’ one of her sons, Wes King, told ABC News. ‘We also ask everyone for their prayers for all families and friends affected by the events today, as well as for God’s mercy on the shooter and his family. Thank you.’ Thang had a relatively minor criminal history prior to Friday’s mass shooting.