When Coronavirus Plague Deaths Are Dismissed or Stigmatized, Grief Is Mixed With Shame and Anger

Months after Kyle Dixon died, his old house in Lanse, Pennsylvania, is full of reminders of a life cut short.

His tent and hiking boots sit on the porch where he last put them. The grass he used to mow has grown tall in his absence. And on the kitchen counter, there are still bottles of the over-the-counter cough medicine he took to try to ease his symptoms at home as covid-19 began to destroy his lungs.

Dixon was a guard at a nearby state prison in rural, conservative Clearfield County, Pennsylvania. He died of the virus in January at age 27. His older sister Stephanie Rimel was overwhelmed with emotion as she walked through Dixon’s home and talked about him.

Her expressions of grief, however, quickly turned to anger. Rimel recounted the misinformation that proliferated last year: Masks don’t work. The virus is a Democratic hoax to win the election. Only old people or people who are already sick are at risk.

Rimel said her brother believed some of that. He heard it from other prison guards, from family and friends on Facebook, she said, and from the former president, whom he voted for twice.

Falsehoods and conspiracies have fostered a dismissive attitude about the coronavirus among many people in rural Pennsylvania, where she and her siblings grew up, Rimel said. And, because of the misinformation, her brother didn’t always wear a mask or practice physical distancing.

When family members expressed dismissive beliefs about covid, Rimel’s grief became even more painful and isolating. Rimel recalled a particularly tough time right after her brother had to be hospitalized. Even then, family members were repeating conspiracy theories on social media and bragging about not wearing masks, Rimel said. 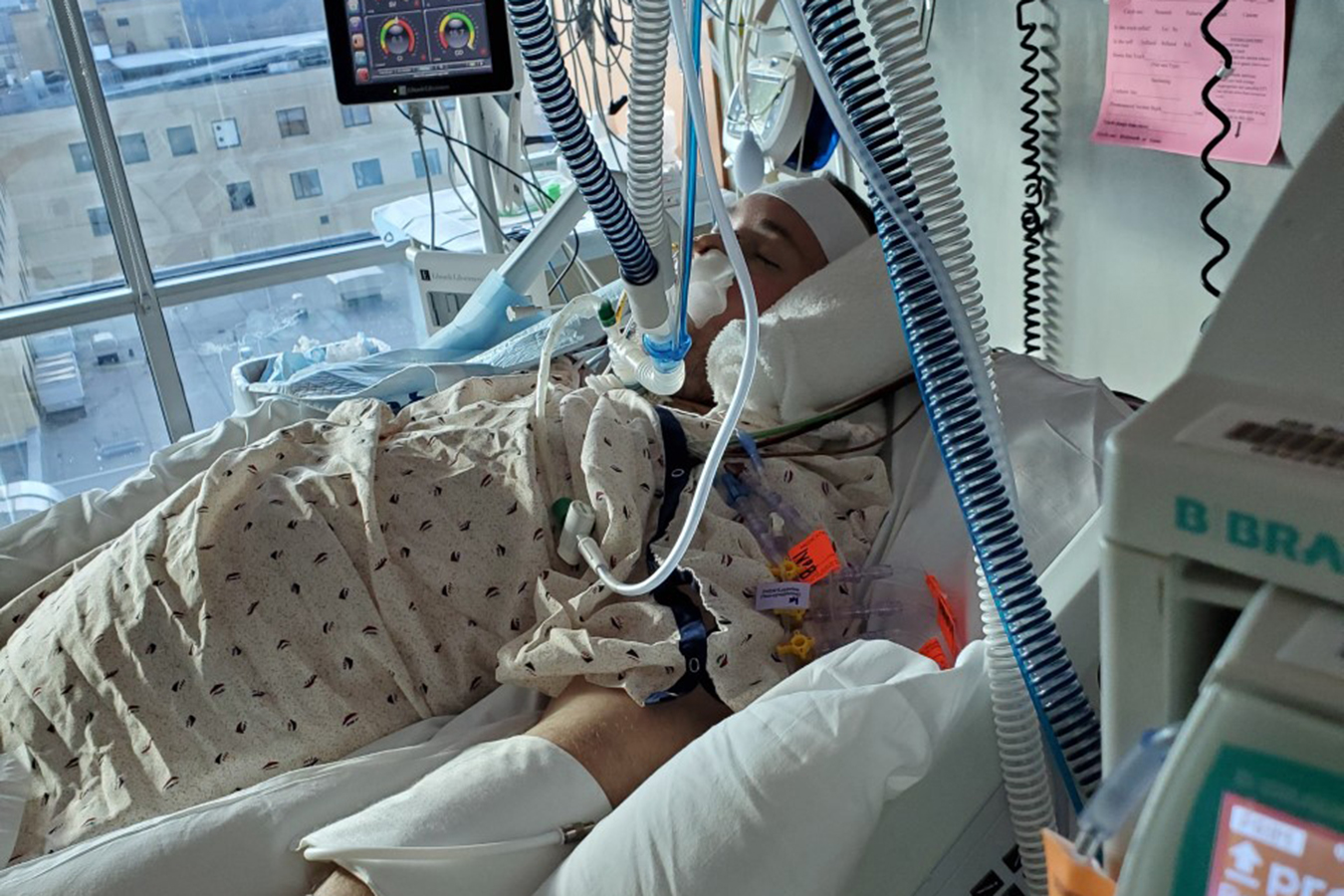 Some of the people who attended Dixon’s funeral are still sharing covid misinformation online, said another sister, Jennifer Dixon.

“I wish that they could have been there his last days and watched him suffer,” she said. “Watch his heart still be able to beat. His kidneys still producing urine because [they were] so strong. His liver still working. Everything. It was his lungs that were gone. His lungs. And that was only due to covid.”

Both sisters wanted their brother’s death notice to be unambiguous about what had killed him. It reads, “Kyle had so much more of life to live and COVID-19 stopped his bright future.”

While these sisters have chosen to be outspoken about what happened, other families have opted to keep quiet about deaths from covid, according to Mike Kuhn, a funeral director in Reading, Pennsylvania. 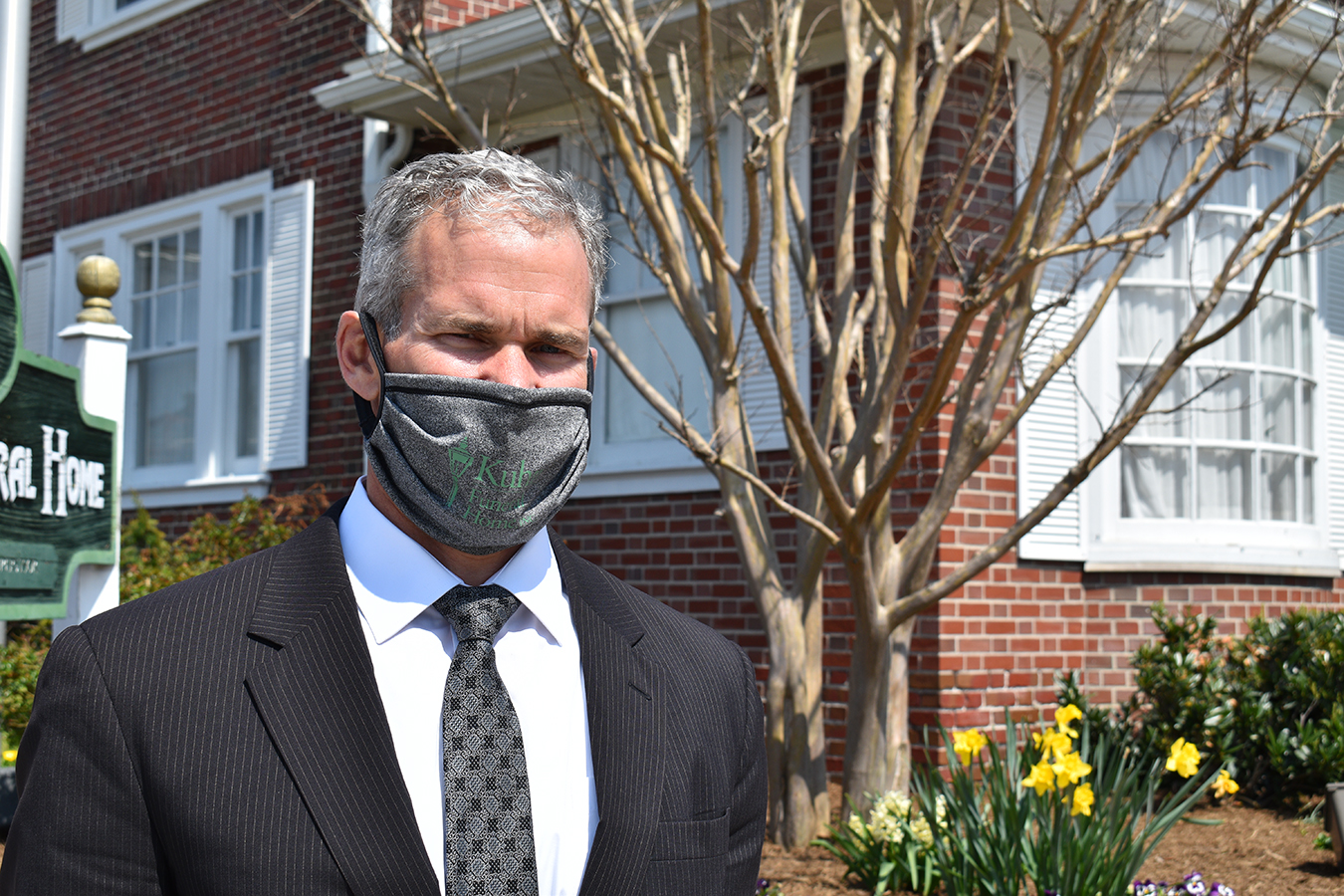 Kuhn’s business did not handle Kyle Dixon’s funeral, but his chain of three funeral homes has helped bury hundreds of people who died from the coronavirus. He said about half of those families asked that covid not be mentioned in obituaries or death notices.

“You know, I’ve had people say, ‘My mother or my father was going to die, probably in the next year or two anyway, and they were in a nursing home, and then they got covid, and you know, I don’t really want to give a lot of credence to covid,’” Kuhn said.

Some families wanted to have their loved one’s official death certificate changed so that covid was not listed as the cause of death, Kuhn added. Death certificates are official state documents, so Kuhn could not make that change even if he wanted to. But the request shows how badly some people want to minimize the role of the coronavirus in a loved one’s death.

Refusing to face the truth about what killed a family or community member can make the grieving process much harder, said Ken Doka, who works as an expert in end-of-life care for the Hospice Foundation of America and has written books about aging, dying, grief and end-of-life care.

When a person dies from something controversial, Doka said, that’s called a “disenfranchising death.” The term refers to a death that people don’t feel comfortable talking about openly because of social norms.

Doka first explored the concept in the 1980s, along with a related concept: “disenfranchised grief.” This occurs when mourners feel they don’t have the right to express their loss openly or fully because of the cultural stigma about how the person died. For example, deaths from drug overdoses or suicide are frequently viewed as stemming from a supposed “moral” failure, and those left behind to mourn often fear others are judging them or the dead person’s choices and behaviors, Doka said.

“So, for instance, if I say my brother died of lung cancer, what’s the first question you’re going to ask — was he a smoker?” Doka said. “And somehow, if he was a smoker, he’s responsible.”

Doka predicts that Americans who have lost loved ones to covid in communities where the disease isn’t taken seriously may also encounter similar efforts to shift responsibility — from the virus to the person who died.

Dixon’s sisters said that’s the attitude they often perceive in people’s responses to the news of their brother’s death — asking whether he had preexisting conditions or if he was overweight, as if he were to blame. 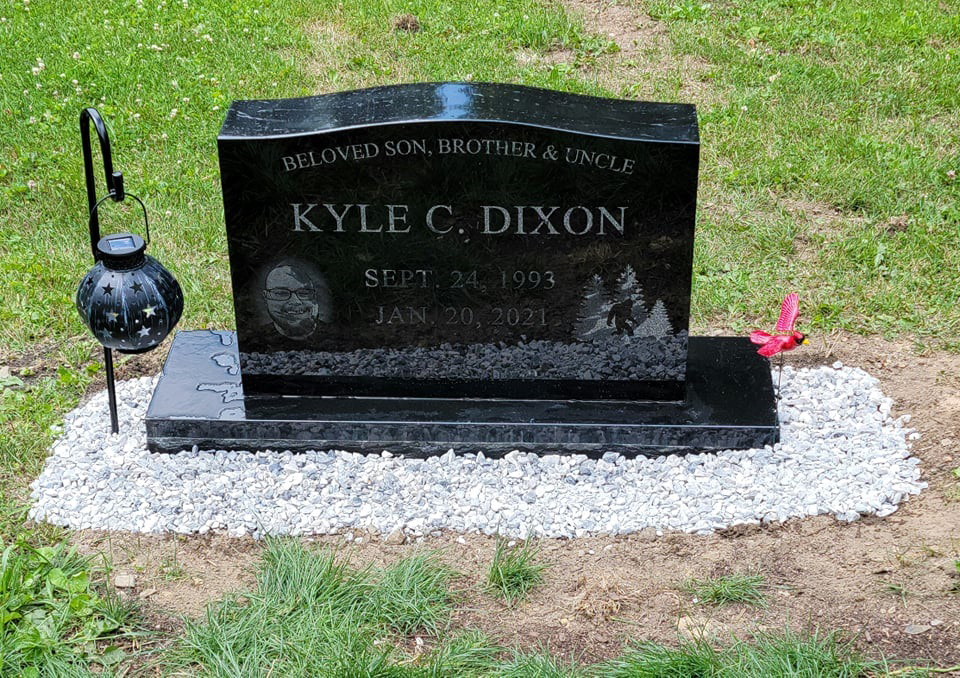 Those who criticize or dismiss victims of the pandemic are unlikely to change their minds easily, said Holly Prigerson, a sociologist specializing in grief. She said judgmental comments stem from a psychological concept known as cognitive dissonance.

If people believe the pandemic is a hoax, or that the dangers of the virus are overblown, then “anything, including the death of a loved one from this disease … they compartmentalize it,” Prigerson said. “They’re not going to process it. It gives them too much of a headache to try to reconcile.”

She advises that people whose families or friends aren’t willing to acknowledge the reality of covid might have to set new boundaries for those relationships.

As Rimel continues to mourn her brother’s death, she has found relief by joining bereavement support groups with others who agree on the facts about covid. In August, she and her mother attended a remembrance march for covid victims in downtown Pittsburgh, organized by the group Covid Survivors for Change.

And in June, a headstone was placed on Dixon’s grave.

Near the bottom is a blunt message for the public, and for posterity: F— COVID-19.

Long after they are gone, the family wants the truth to endure.

“We want to make sure that people know Kyle’s story, and that he passed away from the virus,” Rimel said.