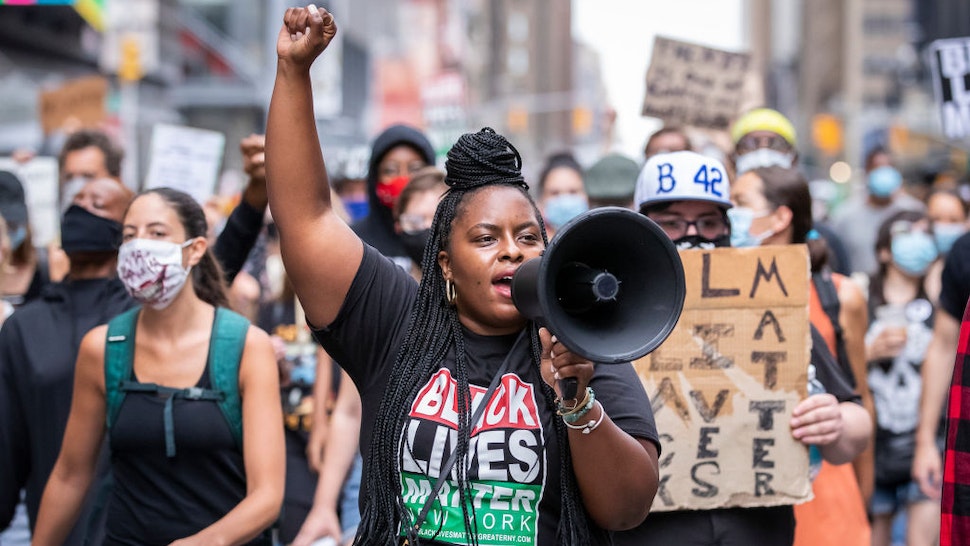 The co-founder of a Black Lives Matter group in New York warned of an “uprising” similar to the George Floyd protests last year over vaccination requirements.

Chivona Newsome, an organizer with Black Lives Matter of Greater New York, led a protest on Monday at Carmine’s Italian Restaurant in New York City after a hostess denied entry to three black women last week because they would not provide proof of vaccination. The women, tourists from Texas, allegedly attacked the hostess and were arrested on charges of assault and criminal mischief.

“Seventy-two percent of black people in this city from ages 18 to 44 are unvaccinated,” Newsome said during the protest at Carmine’s, according to The Washington Examiner. “So what is going to stop the Gestapo, I mean the NYPD, from rounding up black people, from snatching them off the train, off the bus?”

“We’re putting this city on notice that your mandate will not be another racist social distance practice. Black people are not going to stand by, or you will see another uprising. And that is not a threat. That is a promise,” she continued. “The vaccination passport is not a free passport to racism.”