‘I am brutally disfigured’: Model Linda Evangelista, 56, claims she’s been ‘permanently deformed’ following rare side effect to ‘CoolSculpting’ surgery – as she vows to sue doctors after being left an ‘unrecognizable recluse’ 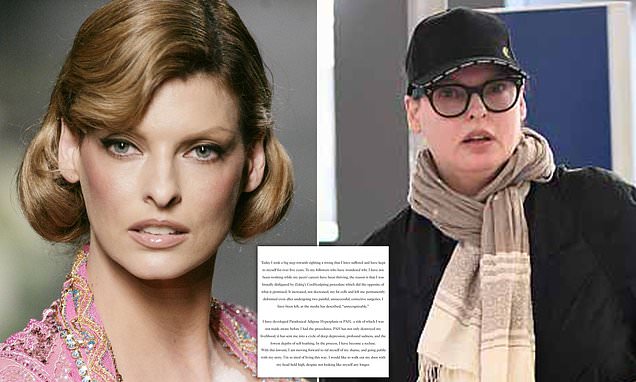 Linda Evangelista took a tentative step back into the public eye on Wednesday when she blamed her years-long absence on a disfiguring cosmetic procedure. In a statement shared to Instagram, the 56-year-old supermodel claimed she had been ‘permanently deformed’ due to a rare side effect from a cosmetic procedure. According to Evangelista, she had undergone a California-based CoolSculpting procedure to ‘decrease’ her fat cells, but instead the procedure allegedly ‘increased’ her fat cells. Linda’s statement read: ‘Today I took a big step towards righting a wrong that I have suffered and have kept to myself for over five years. To my followers who have wondered why I have not been working while my peers’ careers have been thriving, the reason is that I was brutally disfigured by Zeltiq’s CoolSculpting procedure… ‘[It] did the opposite of what it promised. It increased, not decreased, my fat cells and left me permanently deformed even after undergoing two painful, unsuccessful corrective surgeries. I have been left, as the media described, ‘unrecognizable.”