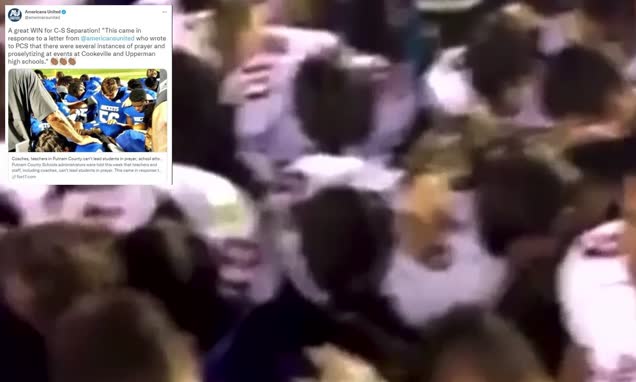 High school football players in Tennessee led parents and fans in prayer after school administrators were banned from leading the students in prayer last week. Upperman High School and Stone Memorial High School student athletes gathered parents, students, and fans on the field after the game on Friday night. This came a week after being reprimanded by Americans United for Separation of Church and State noting that ‘there were several instances of prayer and proselytizing at events at Cookeville and Upperman high schools.’ A spokesperson for the schools reminded administrators to adhere by the policies and noted that ‘the case law not allowing prayer or proselytizing is clear. Courts have consistently ruled that prayer and proselytizing can not be sponsored by schools or school personnel.’