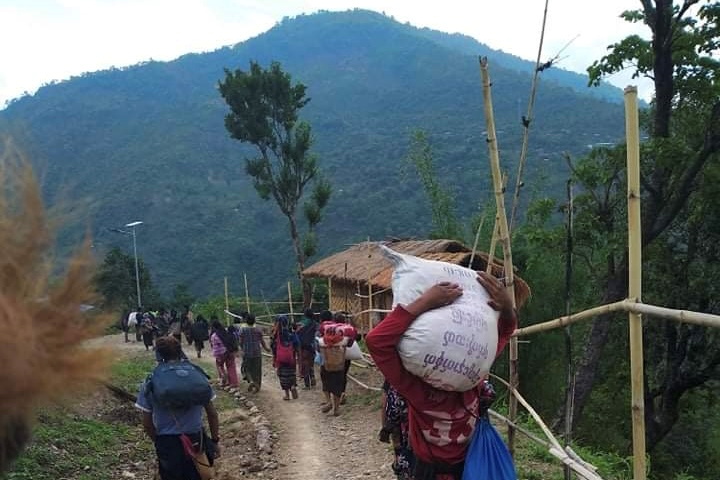 Sept 22 (Reuters) – Most of the population of a Myanmar town near the Indian border have fled after buildings were set ablaze by artillery amid fighting between militia forces opposed to military rule and the army, according to residents and media reports.

About 10,000 people normally live in Thantlang in Chin State, but most had left to seek shelter in surrounding areas including in India, a community leader said.

In India’s neighbouring state of Mizoram, the head of a civil society group said 5,500 people from Myanmar had arrived in just two districts over the past week, as they scrambled to escape a military crackdown.

Myanmar has been in turmoil since a government led by pro-democracy veteran Aung San Suu Kyi was toppled on Feb. 1, sparking nationwide anger, strikes, protests, and the emergence of anti-junta militia.

During fighting last weekend in Thantlang, about 20 homes were set ablaze, with photographs on social media showing buildings engulfed in flames.

The Global New Light of Myanmar said the pastor’s death was being investigated and that soldiers had been ambushed by about 100 “terrorists” and both sides exchanged fire.