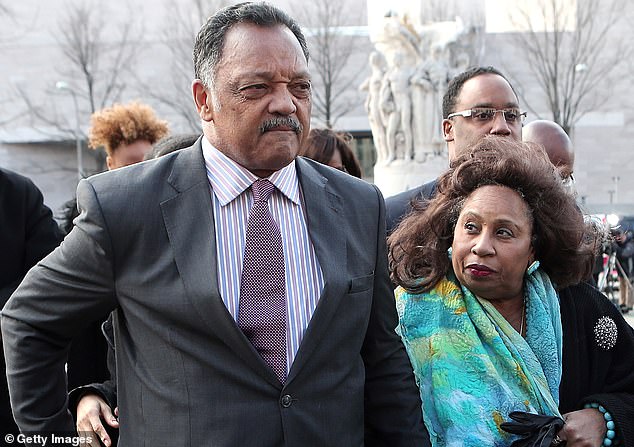 The Rev. Jesse Jackson, 79, credited the COVID vaccine for ‘protect[ing him] from death’ after he was released Wednesday from a Chicago facility a month after he was hospitalized for a breakthrough infection.

Jackson, and his wife, 77-year-old Jacqueline, were first hospitalized at Northwestern Memorial Hospital last month. Jackson was vaccinated for COVID-19 – his wife was not.

Jacqueline required oxygen and a brief intensive care unit stay before she was released this month. The reverend’s case was less severe, and about a week after he was first hospitalized for COVID-19 treatment, he was transferred to a physical therapy facility.

Jackson briefly spoke to reporters Wednesday, along with doctors and therapists who worked with him at Shirley Ryan AbilityLab. He said he did not have any respiratory issues, but it did affect his Parkinson’s and his ability to walk and talk.

‘The shot protected me from death,’ he said of the vaccine.