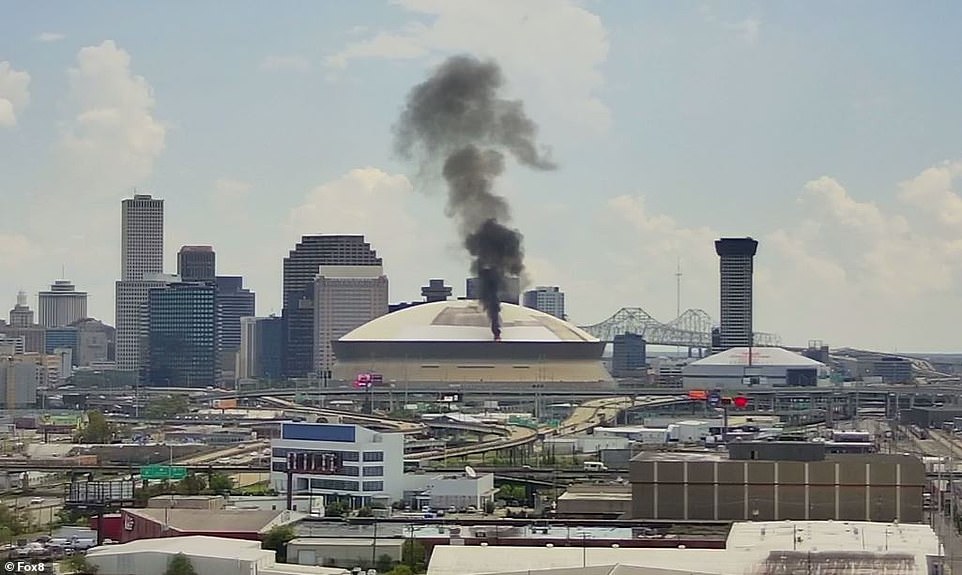 A massive fire broke out on the roof of New Orleans’ Superdome stadium, injuring at least one person.

Early reports said the fire broke out while the roof was being water pressured in preparation to be painted. The stadium is undergoing reparations and renovations that were interrupted when Hurricane Ida hit.

On Tuesday afternoon, thick plumes of smoke and flames could be seen rising from the stadium’s roof.

At least eight fire trucks responded to the emergency and fire crews were seen battling the blaze at around 1pm.

One person was treated for ‘minor burns’ by paramedics and was taken to University Medical Center, said New Orleans Emergency Medical Services.