Deported Haitians try to rush back into plane amid anger 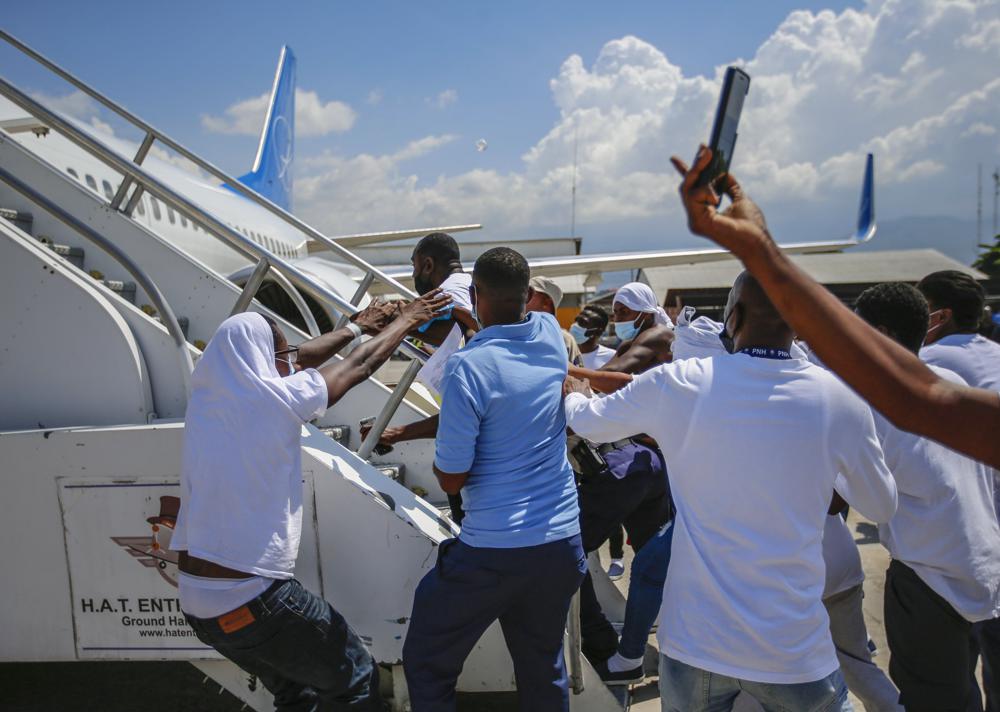 PORT-AU-PRINCE, Haiti (AP) — Dozens of migrants upset about being deported to Haiti from the U.S. clashed with authorities while trying to rush back into a plane that landed Tuesday afternoon in Port-au-Prince.

A security guard closed the plane door just in time as some deportees began throwing shoes at the plane, yelling, “This is abuse!” and “How is this possible?!”

The group that included men and women had disembarked from the second of four flights that arrived on Tuesday, with some temporarily losing their belongings in the scuffle as police arrived. Among those trying to get back on the plane was Maxine Orélien, who blamed Haiti’s prime minister for the situation.

Orélien is among the hundreds of migrants whom the U.S. began deporting to Haiti starting Sunday, with several more flights scheduled in upcoming days. Many of them left their country after the devastating 2010 earthquake and now worry about how they will find jobs and housing and provide for their families in a country of more than 11 million people where about 60% earn less than $2 a day.