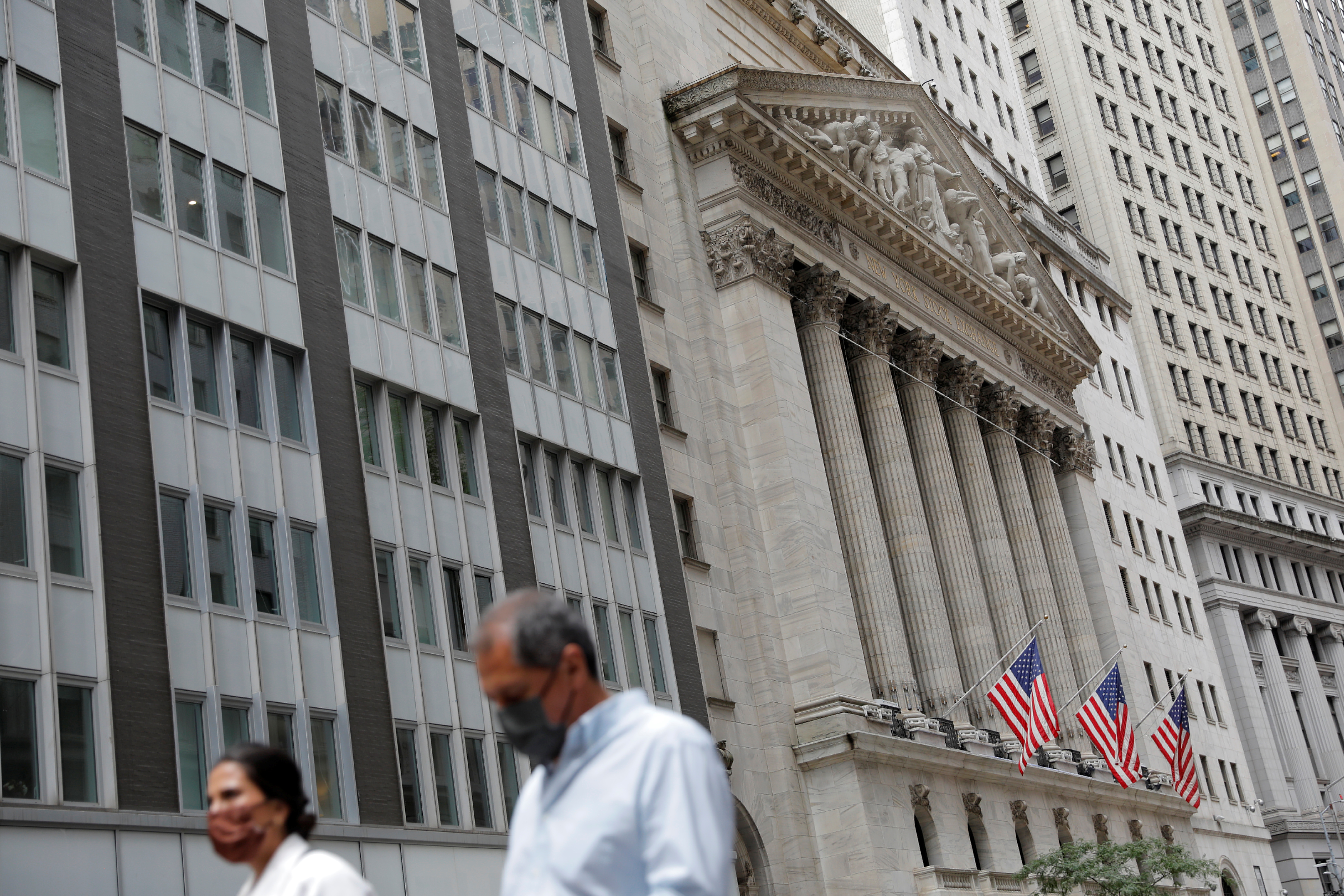 Sept 20 (Reuters) – U.S. stocks sharply dropped on Monday as risk-off sentiment gripped investors on concerns over the pace of global growth and a possible spillover from China Evergrande’s troubles, ahead of the Federal Reserve’s policy meeting later this week.

“The potential default of the Chinese property developer could have far reaching and unexpected consequences. There’s the X-factor, the potential that ripples from one collapse could erode other sectors,” said Danni Hewson, financial analyst at AJ Bell.

“If the Chinese economy is dented, what happens to demand for those nice-to-haves like a shiny new Tesla. Shares in the car company have tumbled and the Nasdaq with them, in fact the tech heavy index makes for pretty grim viewing today.”

The banking sub-index (.SPXBK) shed 3.9%, tracking U.S. Treasury yields as worries about the default of Evergrande appeared to affect the broader market, with commodities slipping and investors flocking to the perceived safety of bonds. .

Wall Street’s main indexes have been hurt this month by fears of potentially higher corporate tax rates denting earnings and have shrugged off signs inflation might have peaked.