‘If We Go Back We Die’: 15,000 Haitian Immigrants Under Texas Bridge Beg Biden Not to Send Them Back as DHS Starts Removal Flights Today 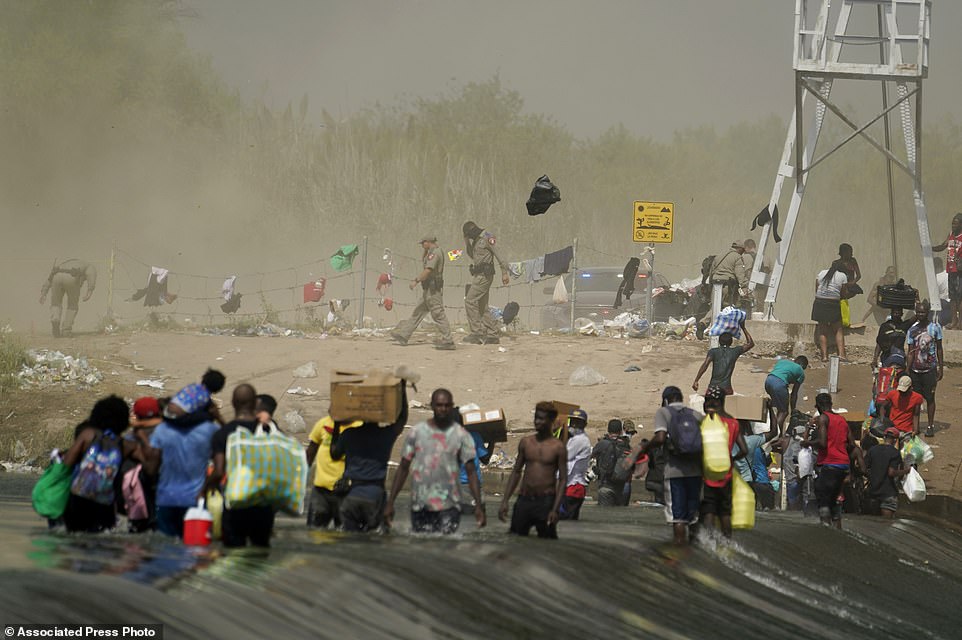 Haitian migrants say they will continue fleeing to the U.S. even as the Biden administration plans to start deporting them on removal flights starting on Sunday.

The Department of Homeland Security said Saturday it moved about 2,000 migrants from an encampment beneath a bridge in Del Rio, Texas to other locations on Friday for processing and possible removal from the U.S.

The statement said it would have 400 Border Patrol agents and officers in the area by Monday morning and would send more if necessary.

A U.S. official revealed to the AP on Friday that they would likely send five to eight flights of migrants out per day starting on Sunday, claiming that could vary depending on operational capacity and Haiti’s willingness to accept flights. Another official, however, expects no more than two a day and said everyone would be tested for COVID-19.

The announcement of removal flights came in response to the sudden arrival of Haitians in Del Rio, which is a town with 35,000 people roughly 145 miles west of San Antonio. It sits on a relatively remote stretch of border that lacks capacity to hold and process such large numbers of people.

Migrants seeking to escape poverty, hunger and a feeling of hopelessness in their home countries said they will not be deterred by U.S. plans to speedily send them back.

Jorge Luis Mora Castillo, a 48-year-old from Cuba, said he arrived Saturday in Acuna and also planned to cross into the U.S. He said his family paid smugglers $12,000 to take him, his wife and their son out of Paraguay, a South American nation where they had lived for four years.

‘Because to go back to Cuba is to die,’ he said.

Junior Jean, a 32-year-old man from Haiti, said: ‘We are all looking for a better life.’

Former President Donald Trump on Sunday slammed the White House for the continued migration crisis at the southern border, which has caused Customs and Border Protection to encounter more than 1.25 million illegal crossers since Biden took office.

‘The largest number of illegal aliens in the history of our Country are pouring in by the millions,’ Trump slammed. ‘They are totally unchecked and unvetted, can do whatever they want, and go wherever they want.’

He added: ‘Our Country is rapidly becoming a cesspool of humanity. Murderers, drug dealers, and criminals of all shapes and sizes are a big part of this massive migration.’

‘Tens of thousands of people are coming from Haiti, and many now from countries in Africa, even more so now than South America,’ he said. ‘Nothing is done and the corrupt Mainstream Media is giving almost no attention to what will be perhaps the greatest Crisis in the history of our Country. This is not just a Border Crisis, this is a Crisis Crisis. God Bless America!’