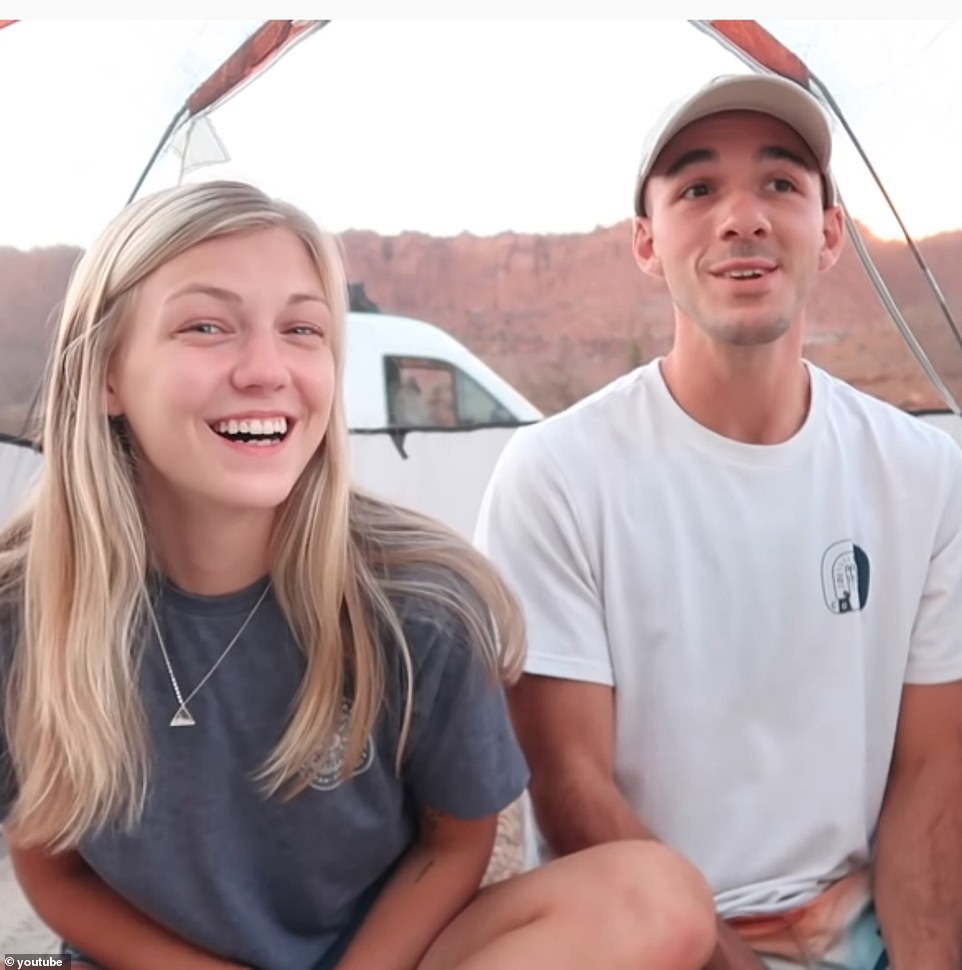 FBI officials announced that human remains consistent with the description of missing van-life girl Gabby Petito have been found at the Bridger-Teton National Forest, where authorities had been searching for her.

A cause of death has not been determined, he said, while authorities work to confirm that the body is Petito’s.

On Sunday night, Petito’s father, Joseph, shared a tribute to his daughter on Instagram, Facebook and Twitter with a photo of her adorned with a pair of angel wings, and the caption: ‘she touched the world.’

‘As every parent can imagine this is an incredibly difficult time for the family, and friends, our thoughts and prayers are with them,’ Jones told reporters. ‘We ask that you all respect their privacy as they mourn the loss of their daughter.’

Meanwhile, Florida authorities called off the second day of their search for her fiancé Brian Laundrie – the person-of-interest in Petito’s disappearance – at an alligator-infested Florida refuge after he fled his parents’ home.

He has refused to cooperate with police and on Tuesday, he disappeared from his family’s North Port, Florida home.

‘Saddened and heartbroken to learn that Gabby has been found deceased,’ they said. ‘Our focus from the start, along with the FBI, and national partners, has been to bring her home. We will continue to work with the FBI in the search for more answers.’

Petito, who last spoke to her family on August 25, was reported missing on September 11 after Laundrie returned home from their trip alone.

Police had been searching Spread Creek Campground, where the pair were parking their van during their stay at Grand Teton National Park, according to Petito’s thedyrt.com account.

Jones said the campground, where the remains were found, would remain closed for the foreseeable future as officials continued their investigation.

The Teton County Coroner could be seen leaving the campground Sunday afternoon with what was believed to be be Petito’s remains.