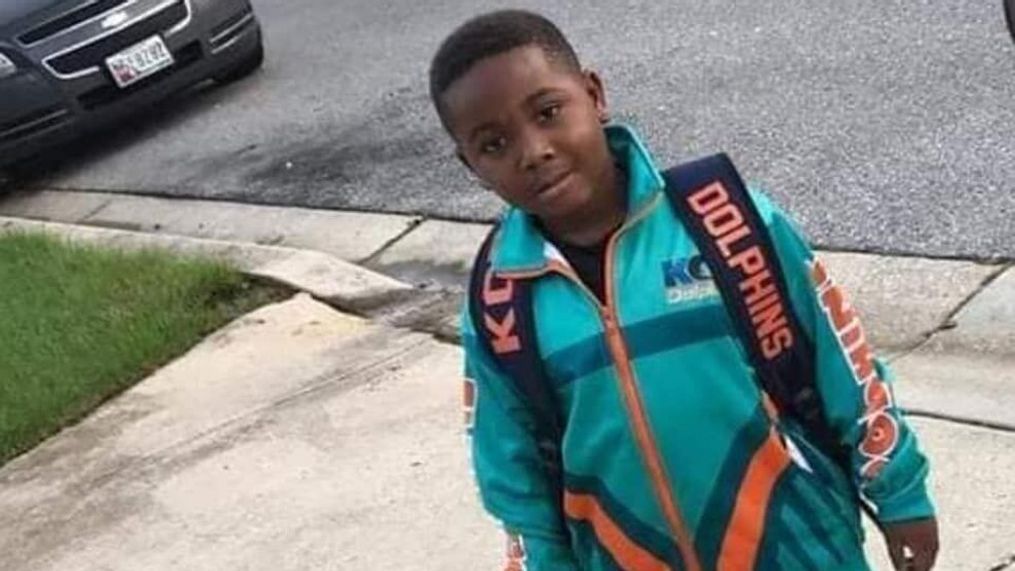 Prince George’s County police arrested three men in the fatal shooting of 8-year-old Peyton “PJ” John Evans, who was struck by a stray bullet last month in the Landover area.

County police officials identified the men Wednesday night as Desmond Nkwocha, 21; Mark Nkwocha, 23; and George Shamman, 23. Desmond and Mark Nkwocha are from the Lanham area and Shamman is from the East Riverdale area, police said.

All three men were being held on charges of attempted first-degree murder, second-degree murder and weapons offenses, police officials said in a statement.

County Executive Angela D. Alsobrooks (D), police chief Malik Aziz and the child’s mother, Tiffani Evans, held a news conference Thursday where they discussed gun violence in the county and the arrests of the three men but did not detail a motive.

“There is nothing like the death of a child that impacts us more,” Alsobrooks said. “Senseless is a word that we’re tired of hearing. It’s really beyond that point.”

Evans thanked the police department for their work on the investigation.