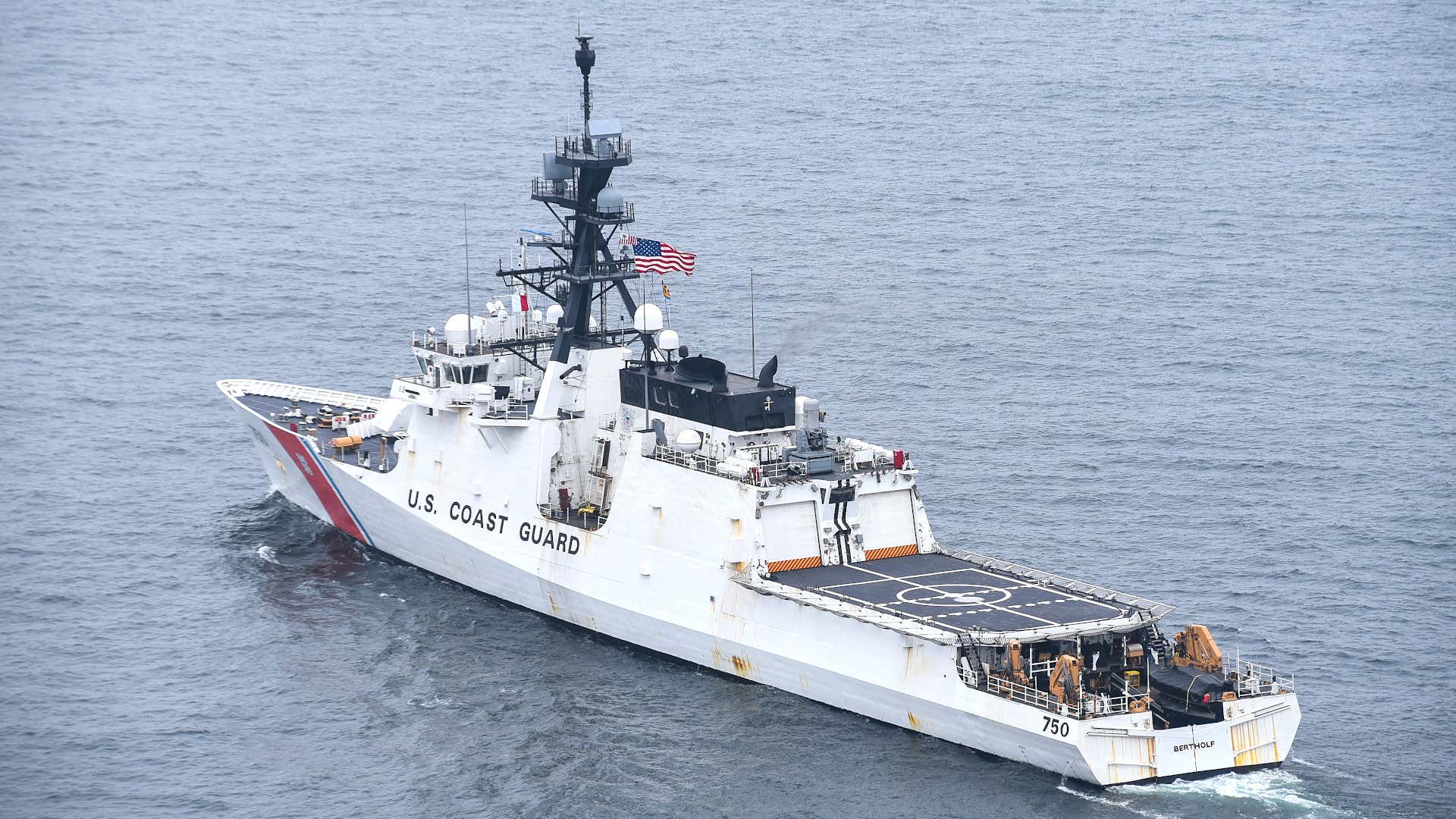 The U.S. Coast Guard recently released a set of pictures of the Legend class cutter USCGC Bertholf shadowing a group of four Chinese warships sailing in America’s Exclusive Economic Zone near Alaska’s Aleutian Islands back in August. The emergence of these pictures follows the editor-in-chief of Global Times, a newspaper under the direct control of the Chinese Communist Party, taking to Twitter to criticize U.S. Navy operations in the Pacific that routinely challenge many of Beijing’s widely disputed maritime territorial claims, especially in the South China Sea and the Taiwan Strait, and warn of tit-for-tat activities on the part of the People’s Liberation Army Navy.

The pictures were shot between Aug. 29 and Aug. 30, 2021, but were only released through the U.S. military’s Defense Visual Information Distribution Service (DVIDS) website more recently. The captions to the photographs, which have now, curiously, been removed from DVIDS, say they were taken “in international waters inside the U.S. Exclusive Economic Zone [EEZ] off the Aleutian Island [sic] coast.” It’s not clear if any Chinese vessels are still inside the U.S. EEZ off the coast of Alaska, which stretches well out into the Pacific Ocean, but The War Zone has already reached out to the U.S. Coast Guard for more information.

The exact identities of the People’s Liberation Army Navy (PLAN) ships that were inside the EEZ in August are unclear. However, the caption to one of the pictures, seen at the top of this story, says that “the PLAN task force included a guided missile cruiser, a guided missile destroyer, a general intelligence vessel, and an auxiliary vessel.”

Independent observers have already noted that Japanese authorities had reported four PLAN warships transiting east to west through the Soya Strait, which would have pointed them in the general direction of the EEZ off Alaska, on Aug. 24. Those vessels included a Type 055 destroyer, which the U.S. military has categorized as a cruiser in the past, as well as a Type 052D destroyer, a Type 903 replenishment ship, and an intelligence-gathering ship with the hull number 799.

This would align perfectly with the Coast Guard’s description of the four Chinese ships sailing near the Aleutians. It also represents a very capable, multi-purpose task force. The Type 055, in particular, is the PLAN’s most modern surface warship and has more than 100 vertical launch system cells that can be loaded, as required, with a variety of surface-to-air, anti-ship, and land-attack missiles.