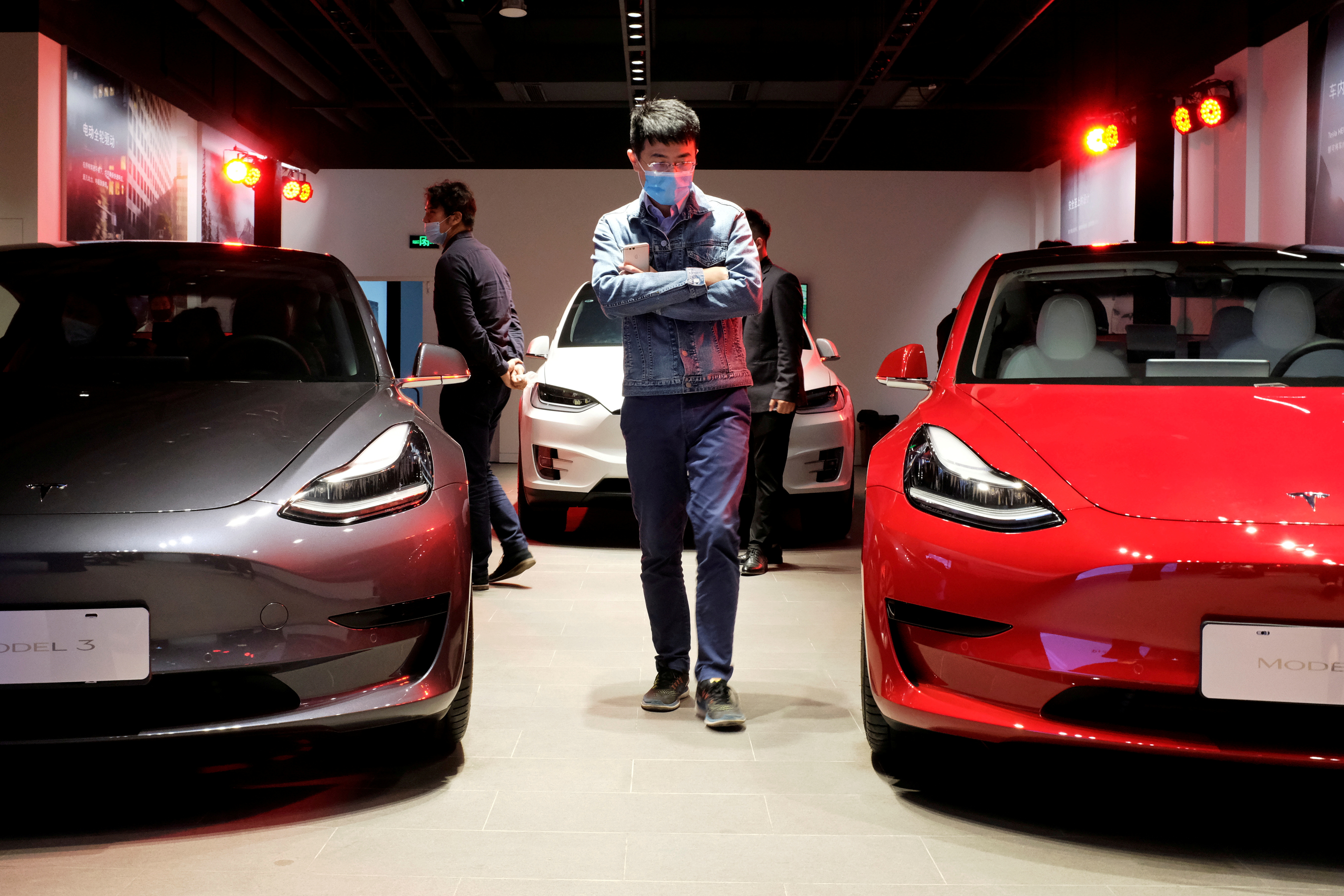 SHANGHAI, Sept 14 (Reuters) – China, the world’s biggest vehicle market where regulators are implementing new rules on data protection, is developing machines that will be able to track data sent abroad by cars, a government-backed agency said on Tuesday.

Cars are being fitted with an ever-increasing array of sensors and cameras to assist drivers. But the data such equipment generates can also be used by manufacturers to develop new technologies, such as autonomous driving systems, raising privacy and security concerns, particularly when the information is sent abroad.

Automakers in China are required to store data generated by vehicles locally and need to get regulatory approval when they need to export critical data abroad.

U.S. electric carmaker Tesla Inc (TSLA.O) is under scrutiny in China over its storage and handling of customer data. read more

Beijing has been increasingly concerned over the mountains of data amassed by private firms and whether such information could be attacked or misused, especially by foreign states. It recently implemented a new data security law and is tightening up oversight in other related areas.

In May, Reuters reported that staff at some Chinese government offices were told not to park their Tesla cars inside government compounds due to security concerns over vehicle cameras, according to two people with knowledge of the matter. read more