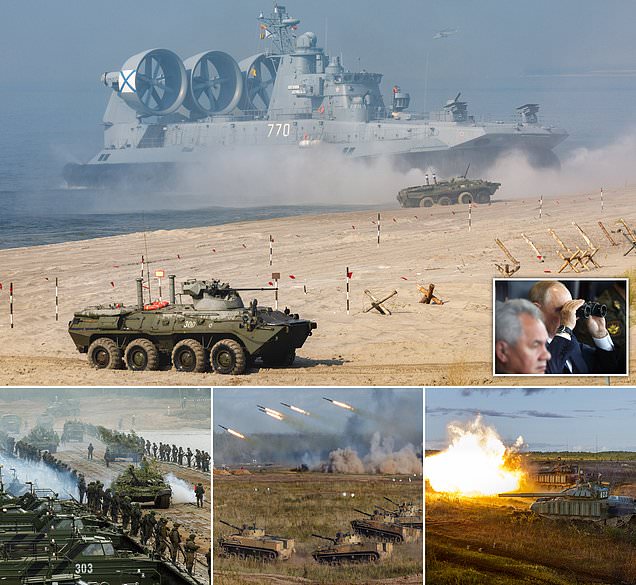 Some 2,000 servicemen and more than 200 pieces of military equipment featured in the drill, as troops stormed ashore in a war game in Kaliningrad, on the Russian border with the European Union.

Elsewhere, Putin attended military exercises, which are being jointly held with Belarus, Armenia, India, Kazakhstan, Kyrgyzstan, and Mongolia, at the Mulino range in the Nizhny Novgorod region in his role as commander-in-chief of Russia’s armed forces.

Nine ranges in Russia, including in the Baltic Sea, and five in Belarus are hosting the joint military exercises which are worrying Ukraine.

In Kaliningrad, footage showed the huge landing exercise involving the Baltic fleets and others on the Zubr-class LCAC, the world’s largest hovercraft.

Intended to sealift assault units from vessels to shores, the Soviet-designed hovercraft can also transport and plant naval mines.