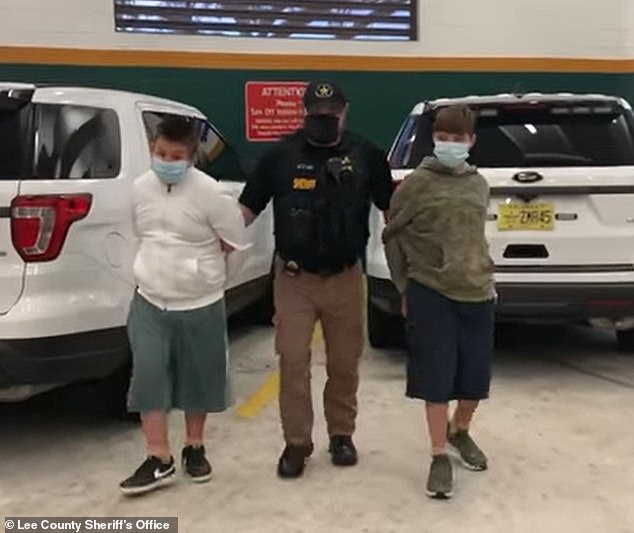 Two Florida middle school students have been ordered to remain at a juvenile detention center after allegedly planning to carry out a mass shooting mirroring the 1999 Columbine massacre.

Phillip Byrd, 14 and Connor Pruett, 13, who are eighth-grade students at Harns Marsh Middle School in Lehigh Acres, near Fort Myers, appeared in front of a judge on Sunday morning.

The judge ordered the two to be held for at least 21 days in a juvenile detention center.

School administration took it seriously when they found Byrd and Pruett with a map of the school marked up to show each of its security cameras.

After alerting Lee County police, detectives discovered that the boys were thoroughly studying the Columbine shooting, attempting to learn how to build a pipe bomb and researching how to buy guns on the black market.

But Byrd’s mother Carrie Tuller broke down in tears as she defended her son in court on Sunday.