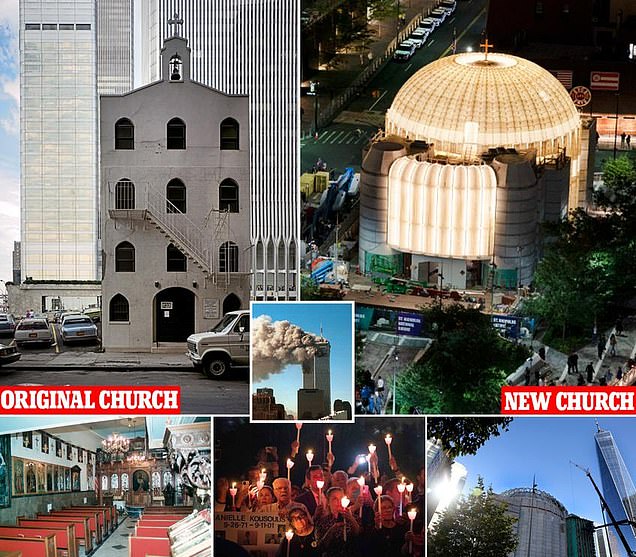 A Greek Orthodox church in the shadow of the Twin Towers that was destroyed during the September 11, 2001 terror attacks will be revived as national shrine at a new location near One World Trade Center and was lit up for the first time on the eve of the 20th anniversary of 9/11.

The St. Nicholas National Shrine at the World Trade Center was lit from within for the first time on Friday night at 8pm and will continue to shine every night going forward.

The original 155 Cedar Street location of St. Nicholas Church was steps away from the Twin Towers and completely devastated on September 11, 2001. It was the only house of worship destroyed on that tragic day.

The 80-year-old location was first purchased by Greek immigrants in 1892 as a community home and converted to a church in 1916. It became a staple of the community and was often among one of the first stops immigrants made when they came to the country.