Biden Tells Republicans, ‘Have at It. We’re Playing for Real Here’: Biden Takes on Republicans Threatening to Overturn His Vaccine Mandates and Attacks Them for Being ‘cavalier With Kids’ Health’ at School Speech With Jill 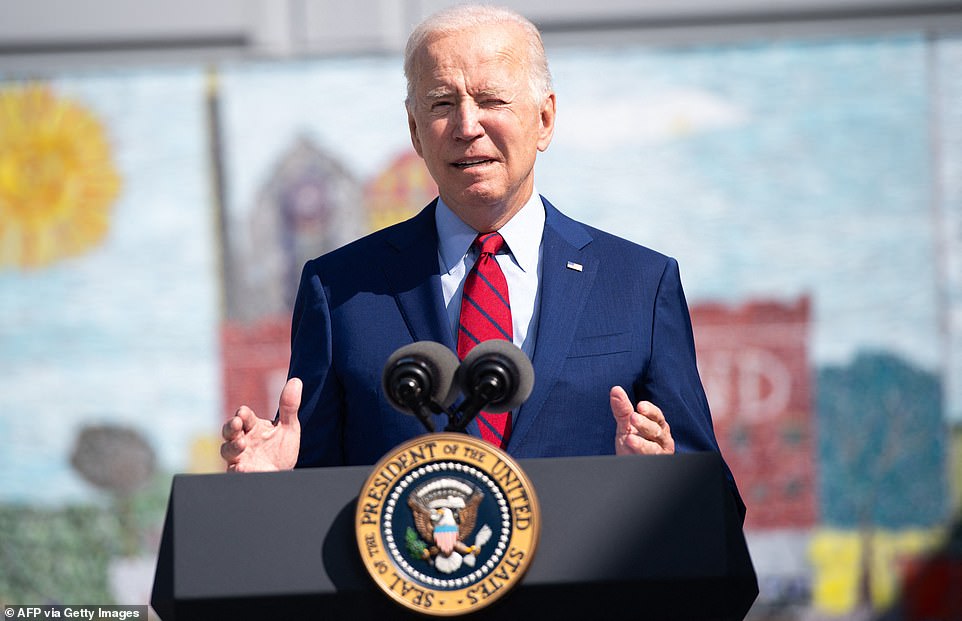 President Joe Biden brushed back at Republicans who have vowed to go to court to overturn his ‘unconstitutional’ vaccine mandates, telling them: ‘Have at it.’

Biden issued the taunt to his rivals while visiting a DC school, where he touted his plan to require school officials to get vaccinated if their school or district takes federal money, as part of a sweeping series of vaccine mandates that also includes all federal workers and contractors.

He was asked how he would respond to GOP governors and critics who have vowed to sue and accused him of ‘overreach.’

The Republican National Committee threatened to sue to roll back Biden’s new vaccine orders within hours after he issued them Thursday, calling the effort ‘unconstitutional.’

‘Many small businesses and workers do not have the money or legal resources to fight Biden’s unconstitutional actions and authoritarian decrees,’ RNC Chairwoman Ronna McDaniel. A number of GOP governors have also threatened to sue.

GOP lawmakers pointed to some of Biden and allies own past comments speaking to the limits of his authority.

Other Republican governors are also mounting a defense against Biden’s aggressive new order and vowing to fight it through state laws and lawsuits.