Biden is accused of ‘politicizing and hijacking’ non-partisan military boards by demanding 12 Trump appointees – including Kellyanne Conway, H.R. McMaster, and Sean Spicer – resign or be fired 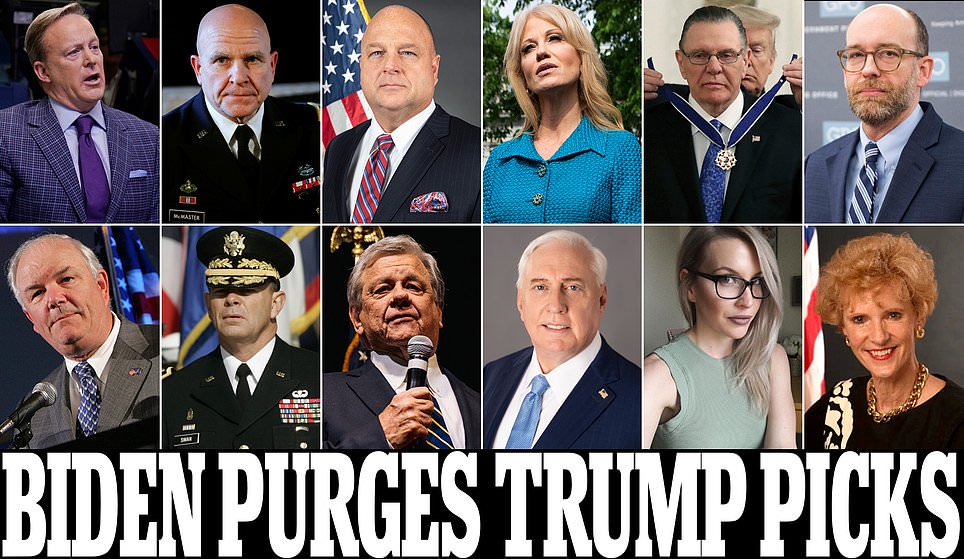 The Biden administration told 12 officials appointed by former President Trump to military service academy boards to resign or be fired on Wednesday, according to a source familiar with the order, provoking accusations that he is politicizing what should be non-partisan advisory groups. The officials include Trump’s White House Press Secretary Sean Spicer, former National Security Adviser H.R. McMaster and former Counsellor to the President Kellyanne Conway. The boards include presidential appointees and members of Congress who are tasked with advising on everything from morale and discipline to the curriculum.