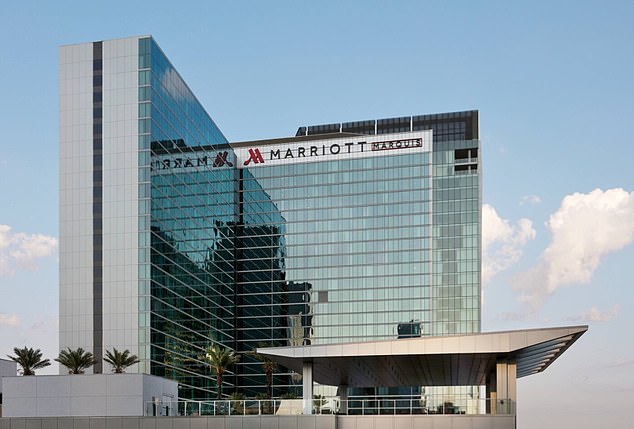 A man shot a woman he knew dead in the lobby of a Houston Marriott hotel before turning his gun on himself, police say.

The murder suicide happened at the Marriott Marquis in downtown Houston Thursday afternoon, shortly after the victim and her killer arrived at the hotel separately.

At a press conference shortly afterwards, Houston Police Chief Troy Finner said the man and woman appeared to know one another, but was not able to offer further information on who they were, how they knew each other, or why the shooting happened.

The woman who was shot was described as a white woman in her 20s, with the shooter a black man in his 30s, according to Finner.

Officers with the Houston Police Department responded to 911 calls around 3:30 p.m. on Tuesday reporting that shots had been fired and quickly found the two bodies in the lobby, Houston Police Chief Troy Finner said during a press conference.

‘It is a murder suicide, the gentleman did come in at some point and shot the female then immediately shot himself,’ Finner said.