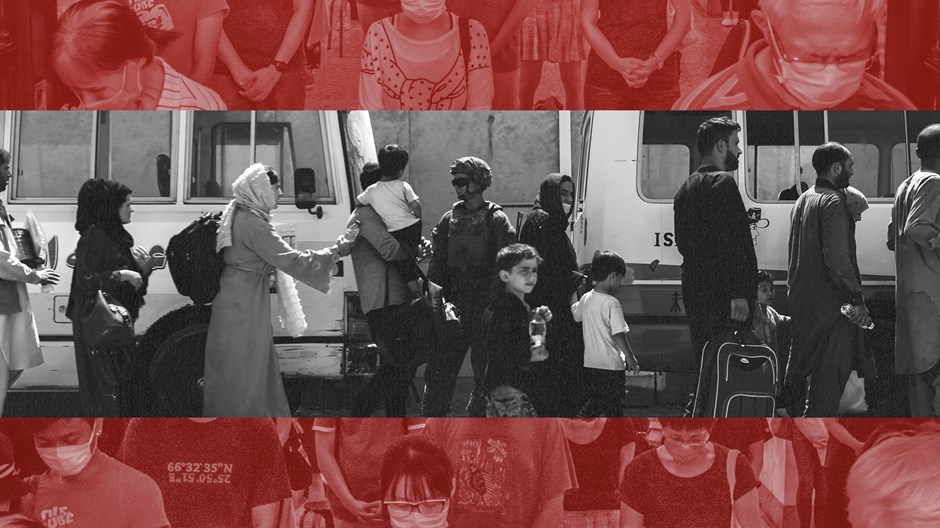 Last week, a friend asked me to meet for coffee. She is a young mother, and after seeing the now-world-famous image of a young Afghani mother handing away her baby over a barbed wire fence to an American soldier, my friend found herself struggling to emotionally grapple with what she had seen. Though she has been praying consistently for the situation in Afghanistan, as the image continued to loop through her mind. She wanted advice regarding how to be concerned for the suffering church without succumbing to the heavy emotional toll of it all.

While working with the Chinese church over the past 16 years, I have had to do some processing and learning after watching brothers and sisters in Christ in another cultural context suffer deeply. In December 2018, I watched as a group of Chinese men and women I have prayed and worshiped with were viciously attacked and jailed. Watching their suffering from a distance over the joviality of American Christmas deeply impacted my understanding of Christ’s calling.

Roughly 70 years ago, the global church witnessed what was thought to be the end of the church in China. Similar to what we are witnessing today in Afghanistan, citizens (and especially Christians) scrambled to leave China after the Chinese Community Party took over. The Chinese government persecuted the church in the immediate years following. Thousands abandoned Christ.

But there was a generation of men and women who laid down their lives as the seeds of the Chinese church today. They remained faithful as individuals and as the corporate church. And when the time was right, the gospel spread across their country in such a way that today the Chinese church is the largest numerical church in the world. Christians in China are estimated to be around 5–7 percent of the population, a crucial tipping point, according to missiologists.

Paying attention to the global church causes us to realize just what our brothers and sisters are sacrificing in their walk with Christ. Engaging with the suffering church—from Afghanistan to China—has discipled my own heart. We must not let our own fear of suffering dictate the narrative, but rather we must be discipled by those in Afghanistan and China and elsewhere.