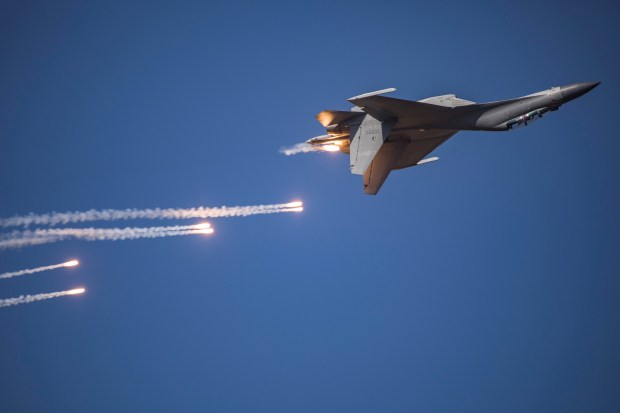 The Chinese aircraft flew in an area closer to the coast of China, roughly northeast of the island of Pratas, according to a map provided by the ministry.

China regards Taiwan as part of its territory and has long threatened to use force to bring it under its control.

Taipei has been complaining for more than a year about repeated missions by China’s air force near the island.

Earlier this year, China vowed to invade Taiwan and offered a glimpse of a terrifying three-stage plan to pave the way for an invasion force to storm the breakaway island.

Any invasion would represent a serious escalation of hostilities and could drag in the US through its pact to defend Taiwan.