Bloody Labor Day Weekend: More Than 68 People Are Shot Across the Nation Including 4-Year-Old Boy Who Was Killed as Democrat-Run Cities See Spike in Violence – and It’s Not Over Yet 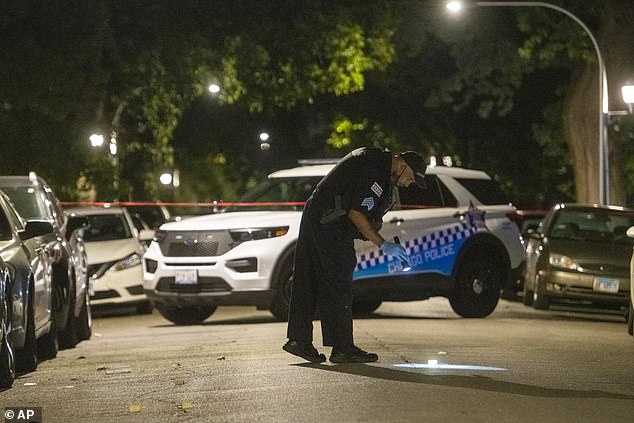 At least 68 people were shot, and a four-year-old boy killed, during bloody Labor Day weekend in Democrat-run cities across the country.

In Chicago alone, where four-year-old Mychal Moultry Jr. died after being shot in his bed, 58 people were gunned down.

Moultry Jr. was sleeping at his father’s home on the 6500 block of South Ellis around 9 pm Friday night when he was struck twice in the head by gunfire that came through the window from outside the residence, according to NBC Chicago.

A spate of attacks also erupted in Washington D.C. and New York City, where a cab driver was gunned down by a 15-year-old boy in the early hours of Sunday morning.

Overall, murders have increased 16 percent across most major U.S. cities, which are dominantly governed by democrats, so far in 2021 compared to 2020, according to a new report published by Fox News.