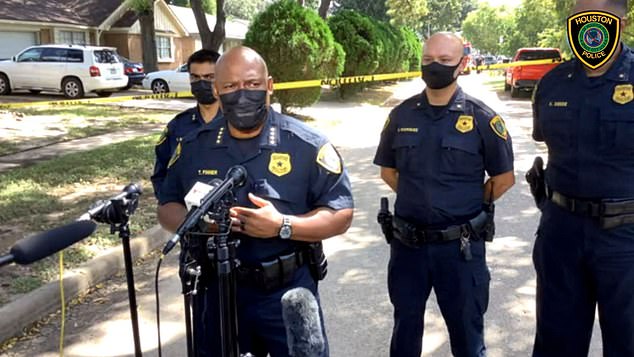 Firefighters have found two adults and two children dead of apparent gunshot wounds after extinguishing a blaze at a home in Houston.

The bodies were found in a house in the 7500 block of Imogene in Southwest Houston.

Houston Chief of Police Troy Finner said that he suspected the attack was related to domestic violence.

He said there weren’t any signs of forced entry at the house, and the fire may have been an attempt to destroy evidence or disguise something at the scene.

Those killed have not been named by police, as officers are still notifying their family.

The bodies were found after the Houston Fire Department got a call around 8am alerting them that there was a fire in the residence.

Firefighters found the bodies after they had put out the fire.