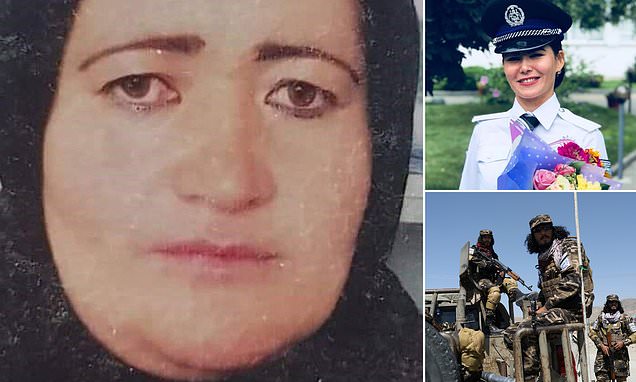 A pregnant policewoman has been shot dead by Taliban militants in front of her husband and children in a door-to-door execution, witnesses have said.

Banu Negar was killed at her home in Firozkoh, the capital of central Ghor province, amid increasing violence in Afghanistan under the new regime.

The mother, who worked in the local prison, was eight months pregnant at the time of the execution on Saturday.

The terror group told the BBC they had no involvement in her death and are investigating it.

Spokesman Zabiullah Mujaheed said: ‘We are aware of the incident and I am confirming that the Taliban have not killed her, our investigation is ongoing.’

He added the Taliban has announced an amnesty for people who worked for the former administration.