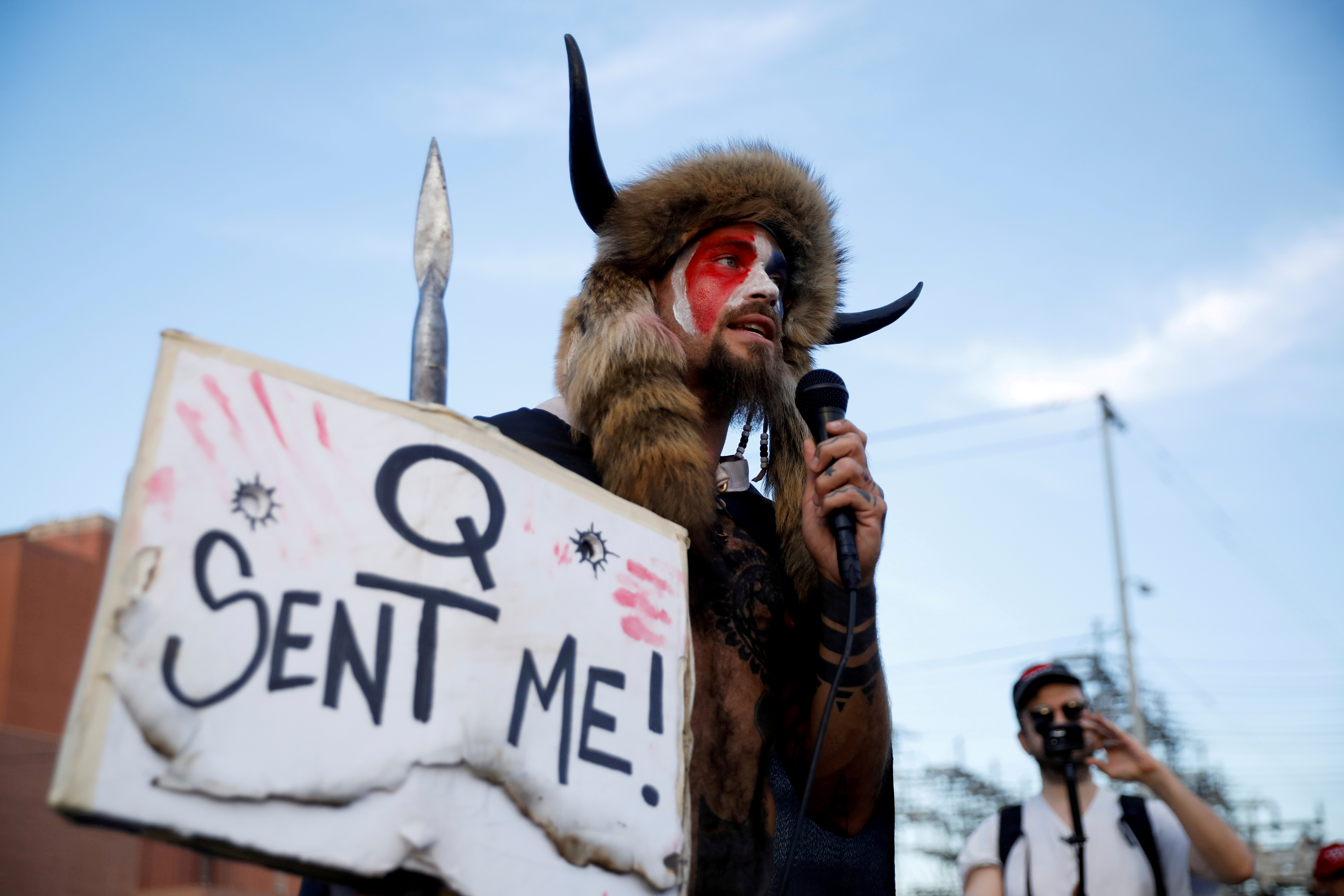 WASHINGTON, Sept 3 (Reuters) – The U.S. Capitol rioter nicknamed the “QAnon Shaman” is disappointed former President Donald Trump did not pardon him, his defense lawyer said on Friday after the man pleaded guilty to taking part in the Jan. 6 unrest.

Jacob Chansley, of Phoenix, Arizona, was photographed inside the Capitol shirtless, wearing a horned headdress and heavily tattooed. He has been held without bond since his arrest shortly after the riot, and on Friday entered a guilty plea to obstructing an official proceeding.

While in detention, Chansley underwent mental examinations and was diagnosed by prison officials with transient schizophrenia, bipolar disorder, depression and anxiety.

Nearly 600 people have been arrested over the attack on the Capitol where Congress was meeting to certify Joe Biden’s November victory over Trump. Earlier Trump had given a fiery speech falsely claiming his defeat was the result of fraud.

While the felony charge Chansley pleaded guilty to carries both a maximum 20-year prison term and a fine of up to $250,000, prosecutor Kimberly Paschall indicated the maximum sentence the government was likely to request would be much shorter.