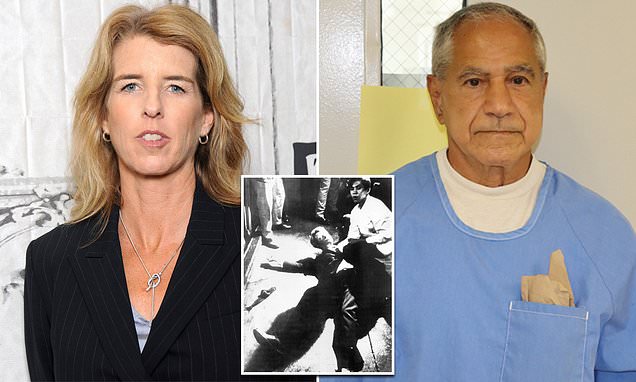 Rory Kennedy, 52, published an opinion piece on Wednesday titled ‘The Man Who Murdered My Father Doesn’t Deserve Parole’ pleading that the parole board and Gov. Gavin Newsom deny Sirhan Sirhan’s, 77, recent recommendation for parole. Rory, the youngest of RFK’s children, claims that Sirhan should remain behind bars as he has not taken responsibility or shown remorse for her father’s murder. Last week a two-person parole board recommended Sirhan be granted parole after 53 years. The Kennedy family is divided on their opinions of Sirhan’s release. A statement signed by six of RFK’s nine surviving children announced that they were ‘devastated’ by the San Diego panel’s decision while two siblings are in support of the decision. The panel’s recommendation still awaits a review by the California Parole Board and a final decision by Gov. Newsom.