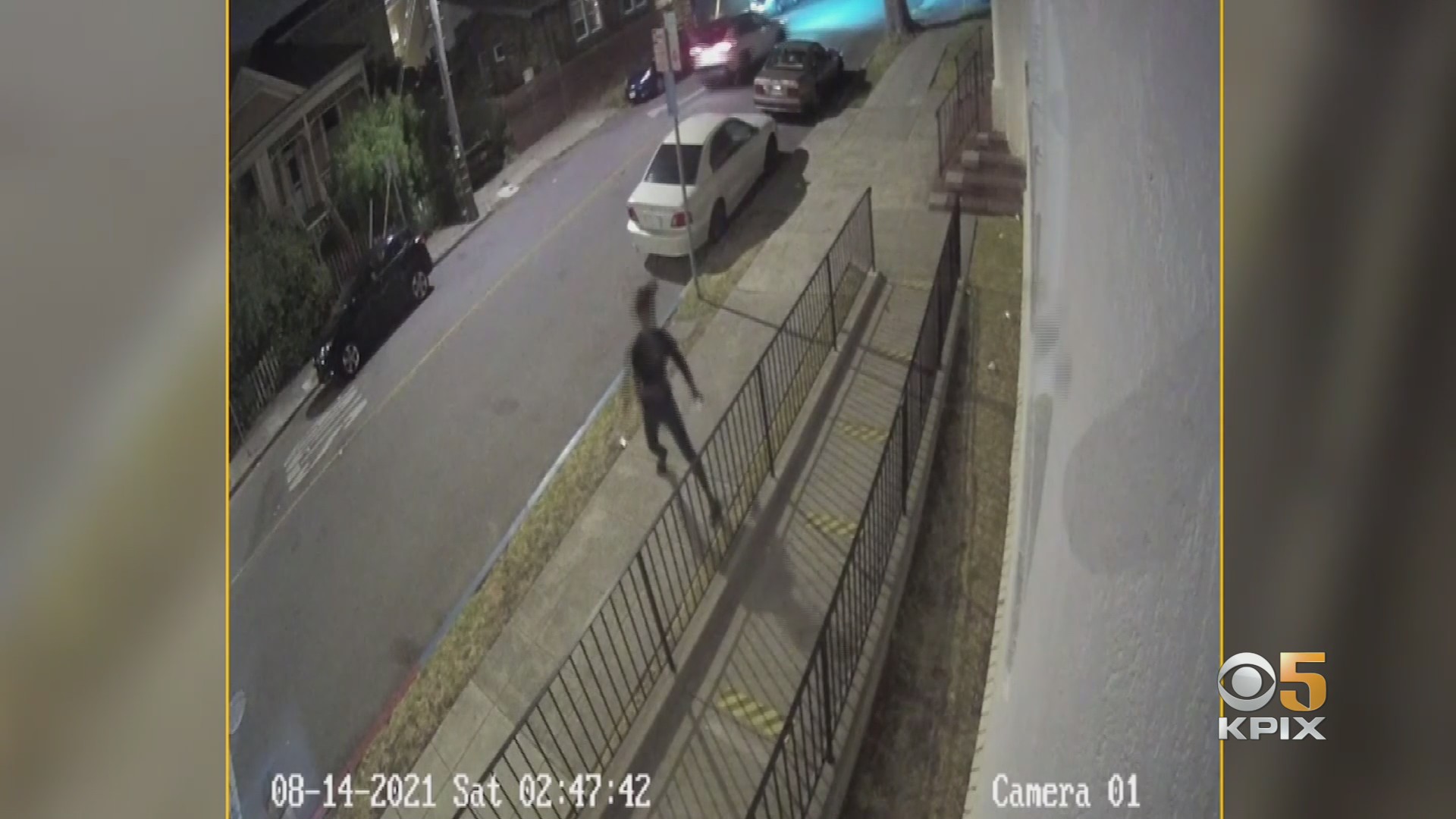 For the second time in a year, an African-American church in Berkeley was targeted in an arson attack that the pastor believes was racially-motivated.

This latest attempt was Ebenezer Baptist Church on the corner of Woolsey and Martin Luther King Way. The pastor shared video of the incident with KPIX. In a span of 7 minutes, a woman came back twice to try to set the prominent African American church on fire.

The woman in the video was seen pacing around Ebenezer Baptist Church, throwing bricks at the window and pouring lighter fluid on the grass.

“By the grace of God the lighter wouldn’t take, it wouldn’t come on full force and nothing was being lit up,” said lead pastor Kevin Craddock II.

It happened in the early morning hours of August 14, but Pastor Craddock didn’t realize anything had happened until after the service on the next day, when he discovered red marks on the window. He then watched it unfold on the surveillance video.

“It was very painful to watch, very concerning in 2021 to see someone attempt to burn down an African American church,” he said.

“Watching the video, I feel it deeply,” added Berkeley City Councilmember Ben Bartlett. “It’s an attack on all of us, and going back in history, the fair housing act came from this neighborhood and when they were passing it, people threw bricks though their windows.”