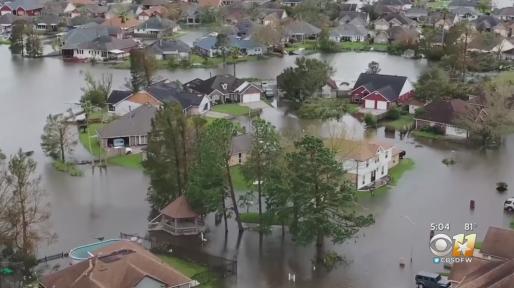 Two days after Hurricane Ida slammed into the Louisiana coastline near Port Fourchon as a Category 4 hurricane, the true scope of Ida’s destruction was just starting to be revealed.

At least four deaths have been attributed to the storm across the South, including two killed Monday night near Lucedale, Mississippi, where seven vehicles plunged into a 20-foot-deep chasm after a highway collapsed during torrential rains, The Associated Press reported.

AccuWeather National Reporter Bill Wadell, reporting from just outside Houma, Louisiana, which is about 50 miles to the southwest of New Orleans, saw roofs ripped off homes and debris littering the streets. With wireless service in the area barely working and power out across Houma, survivors and loved ones were struggling to make contact with each other.

In New Orleans, residents in leveed areas of the city celebrated the success of the federally constructed levees that protect the city from experiencing a Katrina-like flooding event.

“For the most part, all of our levees performed extremely well, especially the federal levees,” said Louisiana Gov. John Bel Edwards.