Ida left more than 1 million without power, possibly for weeks. And now comes the scorching heat 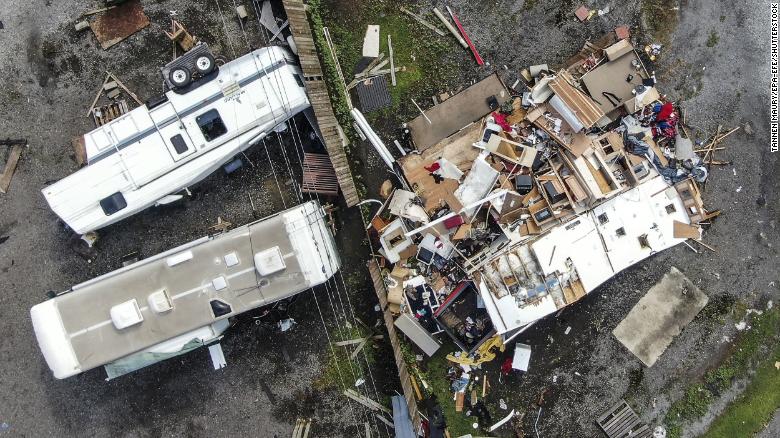 (CNN)The levees held. The power grid did not.

Millions of Gulf Coast residents who survived Ida’s devastating winds and deluge of rain face a new danger — widespread power outages that are expected to last for weeks, coupled with a period of excessive heat.
Ida, which made landfall Sunday as a Category 4 hurricane, has already contributed to five deaths, including a drowning in Lafitte, Louisiana. Hundreds of people have been rescued, but search-and-rescue crews haven’t been able to access some of the hardest-hit areas, so it’s not yet clear how many residents might be still be trapped by flooding or debris.
Officials say electricity might not be restored to some areas for a month, which could prove life-threatening as intense heat moves into the region.
The National Weather Service issued a heat advisory for southern Louisiana and Mississippi from 10 a.m. to 5 p.m. Tuesday. More than 2 million people in the area are under the advisory, CNN meteorologist Michael Guy said.