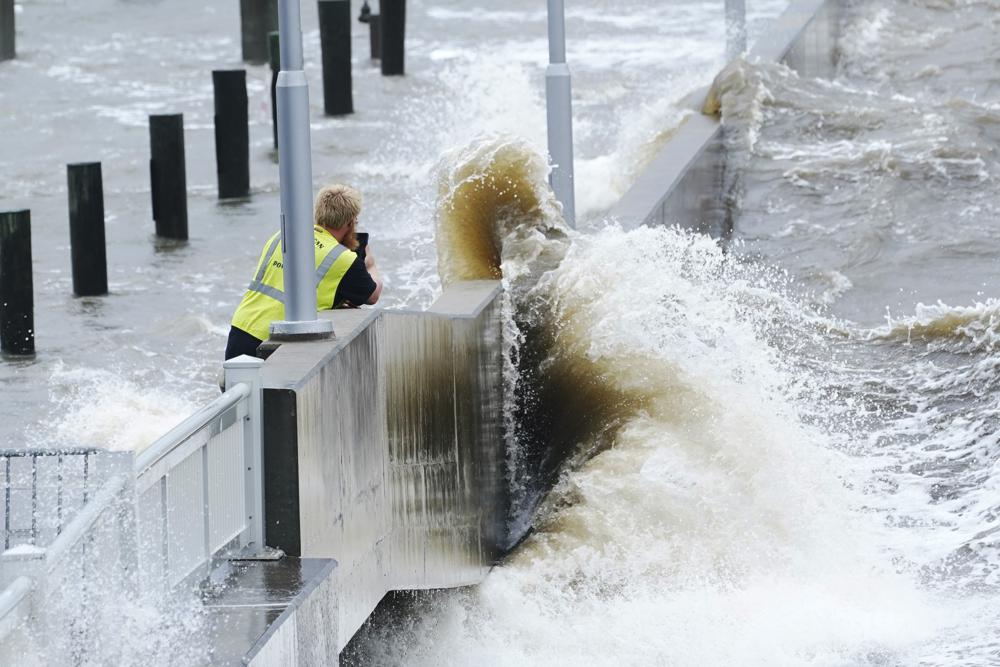 NEW ORLEANS (AP) — Hurricane Ida blasted ashore Sunday as one of the most powerful storms ever to hit the U.S., knocking out power to all of New Orleans, blowing roofs off buildings and reversing the flow of the Mississippi River as it rushed from the Louisiana coast into one of the nation’s most important industrial corridors.

The hurricane was blamed for at least one death: a person found dead following a report of a fallen tree on a home in Prairieville, the Ascension Parish Sheriff’s Office said on Facebook. The person, who was not identified, was pronounced dead. Prairieville is a suburb of Baton Rouge, Louisiana’s capital city.

The power outage in New Orleans heightened the city’s vulnerability to flooding and left hundreds of thousands of people without air conditioning and refrigeration in sweltering summer heat.

Ida — a Category 4 storm — hit on the same date Hurricane Katrina ravaged Louisiana and Mississippi 16 years earlier, coming ashore about 45 miles (72 kilometers) west of where Category 3 Katrina first struck land. Ida’s 150-mph (230 kph) winds tied it for the fifth-strongest hurricane to ever hit the mainland U.S. It dropped hours later to a Category 1 storm with maximum winds of 95 mph (155 kph) as it crawled inland, its eye about 45 miles (70 kilometers) northwest of New Orleans.