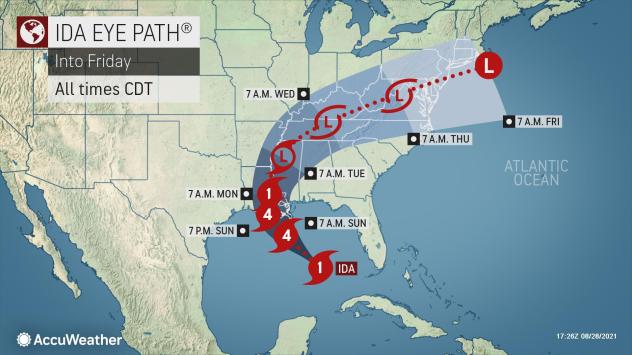 Evacuations were underway Saturday across parts of the Gulf Coast as officials around the region urged residents to make final preparations and heed warnings ahead of the life-threatening impacts posed by Hurricane Ida, which was forecast to rapidly intensify on Saturday and roar ashore Sunday.

Louisiana remained squarely in Ida’s focus, AccuWeather forecasters said, and the strengthening storm was around 440 miles south-southeast of New Orleans, which was struck by major Hurricane Zeta last autumn.

On Saturday afternoon, Ida began to rapidly intensify over the Gulf Coast, with wind speeds increasing from 85 mph to 100 mph, making the storm a now Category 2 hurricane (maximum sustained winds of 96 to 110 mph) on the Saffir-Simpson Hurricane Wind Scale.