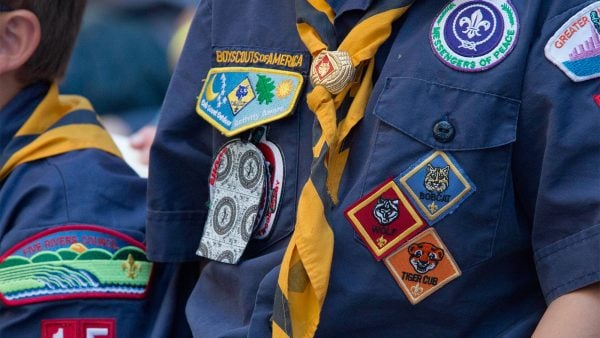 (RNS) — In light of a recent bankruptcy court ruling about the Boy Scouts of America and sexual abuse claimants, United Methodist leaders are urging their churches to not extend current agreements to sponsor or house local scout troops beyond the end of the year.

United Methodist churches have official ties, known as charters, with about 3,000 troops, the United Methodist News Service reported last fall. Those charters could make churches liable for abuse claims, despite a recent settlement by the Boy Scouts of America.

On Aug. 19, a U.S. bankruptcy judge approved an $850 million settlement to resolve some 82,000 sex abuse claims, Reuters reported. The decision could permit the scouting organization to exit bankruptcy by the end of 2021.

But United Methodist officials say it is unclear how chartered organizations, including thousands of their congregations that have sponsored scouting programs, will be affected by the settlement agreement. An ad hoc committee representing the interests of United Methodists remains involved in negotiations about the bankruptcy process.

“The denomination continues to maintain a relationship with the BSA and churches may continue to support scout troops,” reads an Aug. 25 announcement from the United Methodist Communications Office of Public Information.

“However, the ad hoc committee is disappointed and very concerned that the BSA did not include its sponsoring organizations, charter groups, in the agreement with the claimants.”

The committee has recommended that churches with scouting units should not renew charters, which expire yearly. Instead, the committee suggests churches either extend their current charter until Dec. 31 or replace the charter with a facilities use agreement that expires at the end of the year.

The options are viewed as ways to bide time to learn how the bankruptcy will affect congregations.

The denomination estimated that as many as 5,000 of its congregations remain exposed to potential lawsuits.

“Charter organizations were promised by the BSA to be covered by their insurance, but at this time, it is not clear to what extent United Methodist congregations will be covered,” the office stated.

Asked for a response by Religion News Service, the BSA said its partnerships with religious and civic organizations as chartered partners have been “critical to delivering the Scouting program to millions of youth in our country for generations,” in some cases for as many as 75 years.

“The Chartered Partners are extremely important to the BSA, and we are committed to honoring their partnership,” it said in a statement. “The Ad Hoc Committee of Local Councils continues to be a critical partner to the BSA in the mediation process and especially in resolving questions regarding Chartered Partners.”

The BSA said it would be providing more information on options, such as facilities use agreements that could continue the sponsorship of scouting units, as they become finalized.

“This tragedy is a reminder for all of us to be vigilant, update Safe Sanctuary policies and continue to review those policies to ensure congregations are following the policies and keeping all young people safe from harm,” she said in a statement in the denomination’s announcement.

Some United Methodist bishops shared the announcement with members in their regions, reiterating the call to take the recommended actions.

“We understand that these suggestions are dramatic, but we think them to be the prudent course of action at this time,” said Bishop Laurie Haller of the Iowa Area in a statement with Margaret Biggs, treasurer of the Iowa Annual Conference. “We want to protect our local churches from costly litigation.”

“I join my colleagues across the connection in grieving for those harmed by leaders in the Boy Scouts of America organization and praying for their families. The harm they have experienced is unfathomable,” she said. “I strongly advise congregations to heed the advice of the denomination with respect to existing BSA charter agreements.”

The BSA has had strong ties with faith groups throughout its history, including the United Methodist Church, the Roman Catholic Church and the Church of Jesus Christ of Latter-day Saints.

Late last year, the LDS church became the subject of seven lawsuits alleging that sexual abuse among Arizona Boy Scout troops had been covered up for decades.

The LDS church, or Mormons, officially ended their chartered relationship with the BSA at the end of 2019.