Some People Are Losing Their Minds: Texas Parent Strips to Underwear During School Board Meeting Speech About Masks 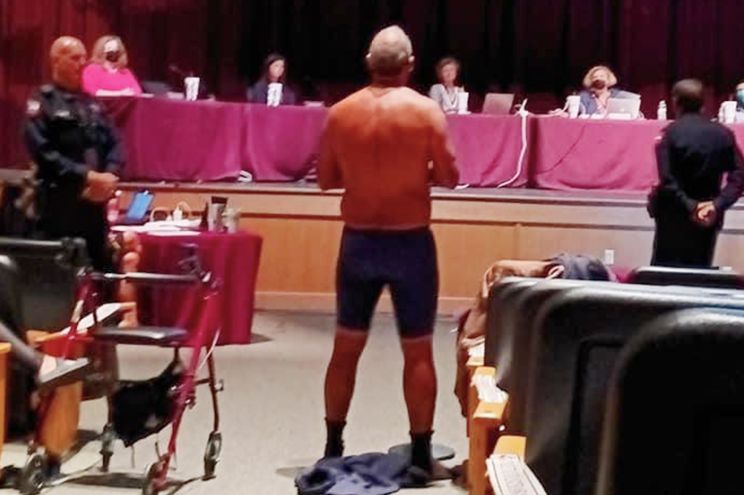 This week, parent James Akers stripped down to his boxers during a school board meeting to prove a point about masks.

A 15-year resident of Dripping Springs, Texas, the father of three spoke during the meeting, explaining that he does “not like government or any other entity — ask my wife — telling me what to do.”

“But,” he continued, “sometimes I gotta push the envelope a little bit and I just decided that I’m not gonna talk about it, I’m gonna walk the walk.”

That’s when things started getting a little weird.

“On the way over here,” the dad said, “I ran three stop signs and four read lights and almost killed somebody out there.”

“But by God,” he continued, as he kept undressing, “it’s my roads, too, so I have every right to drive as fast as I want to, make the turns that I want to. I got to the school today in the parking lot and decided I’m gonna park wherever the [expletive] I want to, which, in this case, happened to be a handicapped [spot].”

The longer he spoke, the fewer clothing items Akers had left to remove.