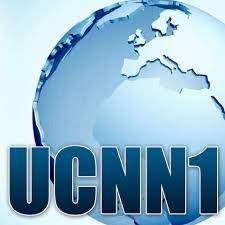 This is the Urban Christian News podcast. Here are the top stories you need to know about today.

According to WSBTV, Nearly 2,000 Georgia children are being diagnosed with COVID-19 a day, according to new data from the Georgia Department of Health. The state reported 16,915 new cases of the virus over the weekend and 71 new deaths. The GDH does not break down new daily cases by age group, but the current seven-day average of cases in children ages 0 -17 is 1,823. Of those, children ages 10 -17 are seeing the highest numbers of new cases, with a seven-day-average of 1,101 per day testing positive for the virus. Children ages 12 and older can get vaccinated against COVID-19. Just 17% of children 10 and older have been vaccinated in Georgia, compared to nearly 40% of children who are ages 14 to 19. School districts in metro Atlanta are reporting that over 13,000 children and teens have tested positive for COVID-19 since the start of the school year.

According to Christian Headlines, A popular megachurch pastor, TV and radio personality from Oregon has taken a leave of absence from ministry following recent allegations of sexual misconduct and abuse. According to The Roys Report, 33-year-old Ben Courson of Applegate Christian Fellowship near Medford is accused by three female former church members for initiating sexual relationships with them. Applegate elders were made aware of two of the women’s accounts following an elder’s meeting in June. The third woman, however, told The Roys Report that she did not report the allegation to the church yet as she had only recently learned of the other women. Regarding Courson, she had previously characterized their relationship as a serious dating relationship. Xavier Brasseur, pastor of The Story Ashland in Ashland, Oregon, told the outlet that his church is helping the three women get professional counseling. According to Lt. Mike Budreau of the Medford Police Department, a fourth woman filed a police report last week accusing Courson of sexually assaulting her and confirmed that the case was under investigation. Two elders from Applegate have also resigned, claiming that the megachurch refused to discipline Courson and took action only after the allegations went public. One of the elders contended that Courson admitted “to inappropriate sexual activity with multiple women” during the elder’s meeting. Additionally, the former elders added that Jon Courson – Courson’s father and Applegate founder – and other elders kept Courson on staff under a different title instead of telling him to resign.

According to the Associated Press, At least 22 people were killed and rescue crews searched desperately Sunday amid shattered homes and tangled debris for dozens of people still missing after record-breaking rain sent floodwaters surging through Middle Tennessee. Saturday’s flooding in rural areas took out roads, cellphone towers and telephone lines, leaving families uncertain about whether their loved ones survived the unprecedented deluge. Emergency workers were searching door to door, said Kristi Brown, a coordinator for health and safety supervisor with Humphreys County Schools. Many of the missing live in the neighborhoods where the water rose the fastest, said Humphreys County Sheriff Chris Davis, who confirmed the 22 fatalities in his county. The names of the missing were on a board in the county’s emergency center and listed on a city department’s Facebook page. “I would expect, given the number of fatalities, that we’re going to see mostly recovery efforts at this point rather than rescue efforts,” Tennessee Emergency Management Director Patrick Sheehan said. Up to 17 inches of rain fell in Humphreys County in less than 24 hours Saturday, shattering the Tennessee record for one-day rainfall by more than 3 inches, the National Weather Service said.

According to NBC News, The leader of the far-right Proud Boys was sentenced Monday to more than five months in jail after admitting that he burned a Black Lives Matter banner taken from a historic Black church in Washington during a pro-Trump demonstration in December. Henry Tarrio, known to followers as Enrique, was arrested Jan. 4 in Washington on a warrant stemming from an incident on Dec. 12. The Proud Boys and other groups marched in a raucous rally through downtown. The banner was stolen from Asbury United Methodist Church, one of the oldest Black churches in Washington. Tarrio, 37, of Miami, also pleaded guilty to attempting to possess a high-capacity gun magazine, which is illegal in Washington. Investigators said he had the magazines with him when he returned to the city for the Jan. 6 protests of the electoral vote count in Congress. Both charges were misdemeanors, punishable by up to six months in jail.

According to Reuters, Six of the 136 students kidnapped from an Islamic school in the north-central Nigerian state of Niger have died of illness. The abductors have demanded a ransom to release the students, kidnapped in May after an armed gang on motorcycles attacked the school in the town of Tegina. Criminal gangs carrying out kidnappings for ransom are blamed for a series of raids on boarding schools in northern Nigeria in which more than 1,000 students have been abducted since December. The principal, Abubakar Garba Alhasan, said the kidnappers had called to say the children died from sickness and to urge that the ransom demand be met. Abubakar Adam, whose seven children are held by the gang, said the abductors called the principal to demand a ransom. Kidnappers on Sunday released 15 more students taken last month from a Baptist school in northwest Nigeria, after parents paid an undisclosed ransom to free them.

According to PEOPLE magazine, A 19-year-old from California is facing multiple murder charges in connection to a car crash that killed comedian Tony Baker’s son, Cerain Baker, as well as two others. Hamlet Arseni Aghajanyan was arrested and charged on Thursday with three counts of murder and one count of reckless driving for his alleged involvement in the fatal incident, according to a press release from the Burbank Police Department. A 17-year-old minor was also taken into custody at a juvenile detention center on the same charges, pending a review of the case by the Los Angeles County District Attorney’s Office, authorities said. Cerain, 21, Jaiden Johnson, 20, and Natalee Moghaddam, 19, died on Aug. 3 after their silver Volkswagen was involved in a traffic collision with a gray Kia and a black Mercedes Benz at the intersection of Glenoaks Boulevard and Andover Drive in Burbank, California. According to police, the three victims — along with another unnamed passenger — were “ejected” from their car when its was struck two other vehicles that appeared to have been street racing. The car Cerain and his friends were in was not involved in any race. The Los Angeles County Medical Examiner-Coroner reported that Cerain, Johnson and Moghaddam died accidentally of “multiple blunt force injuries.” The fourth occupant “sustained serious injuries” and was taken to a local trauma center.

According to PEOPLE magazine, Sonya and Dell Curry are ending their marriage. The parents of NBA stars Stephen and Seth Curry have been separated and Sonya filed for divorce in North Carolina in June. The pair, who met at Virginia Tech University and wed in 1988, also share daughter Sydel. Sonya and Dell said in a statement, “After exploring a trial separation over the past year and much thoughtful consideration, we have decided to end our marriage. As this comes with a great deal of sadness, our focus and desire is for our family’s continued happiness,” “We are so thankful for all the many blessings and successes! We stay committed to and supportive of our children and grandchildren and will remain on connected paths. We ask that our privacy be respected and prayer for our family as we move forward.”

You can read these stories and more at UrbanChristianNews.com

In closing, remember, God loves you. He always has and He always will. John 3:16, “For God so loved the world, that he gave his only begotten Son, that whosoever believeth in him should not perish, but have everlasting life.” If you don’t know Jesus as your Saviour, today is a good day to get to know Him. Just believe in your heart that Jesus Christ died, was buried, and rose from the dead for you. Pray and ask Him to come into your heart and He will. Romans 10:13 says, “For whosoever shall call upon the name of the Lord shall be saved.”

Thanks so much for listening and may God bless your day!