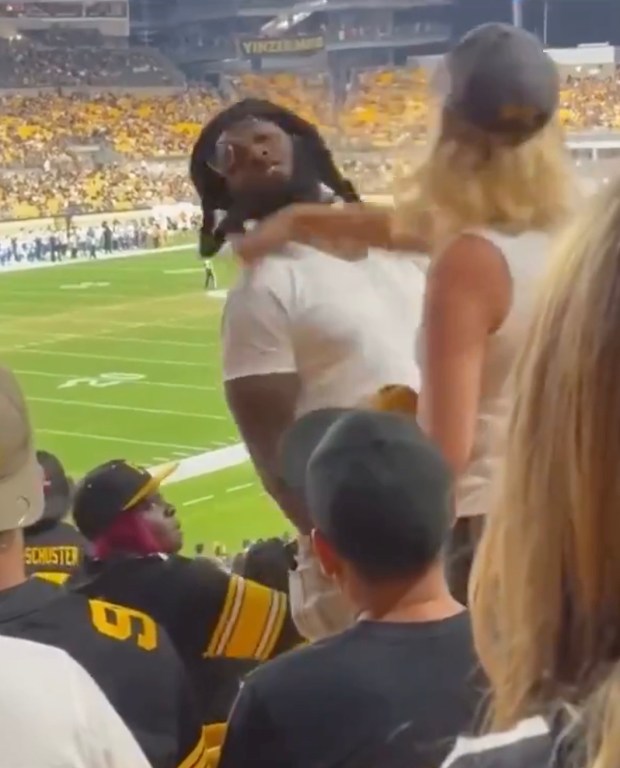 DRAMATIC footage shows the moment ANOTHER huge brawl broke out at an NFL match after a woman shouted in a man’s face before slapping him.

Chaos erupted in the stands at the Steelers’ pre-season game against the Detroit Lions in Pittsburgh after being sparked by what appeared to be a row between two fans.

Shocking video from Heinz Field yesterday shows a woman screaming “get the f*** out” at a man before she raises her hand and hits him across the face.

He then retaliates as another man – who appears to be with the woman – intervenes.

A scuffle then breaks out between the trio – with the man slapped by the woman appearing to knock the other bloke out as he throws several punches at him.

People can be heard screaming in horror as the woman tries to push the man away from her pal.

Other people then get involved in an attempt to put a stop to the fight.