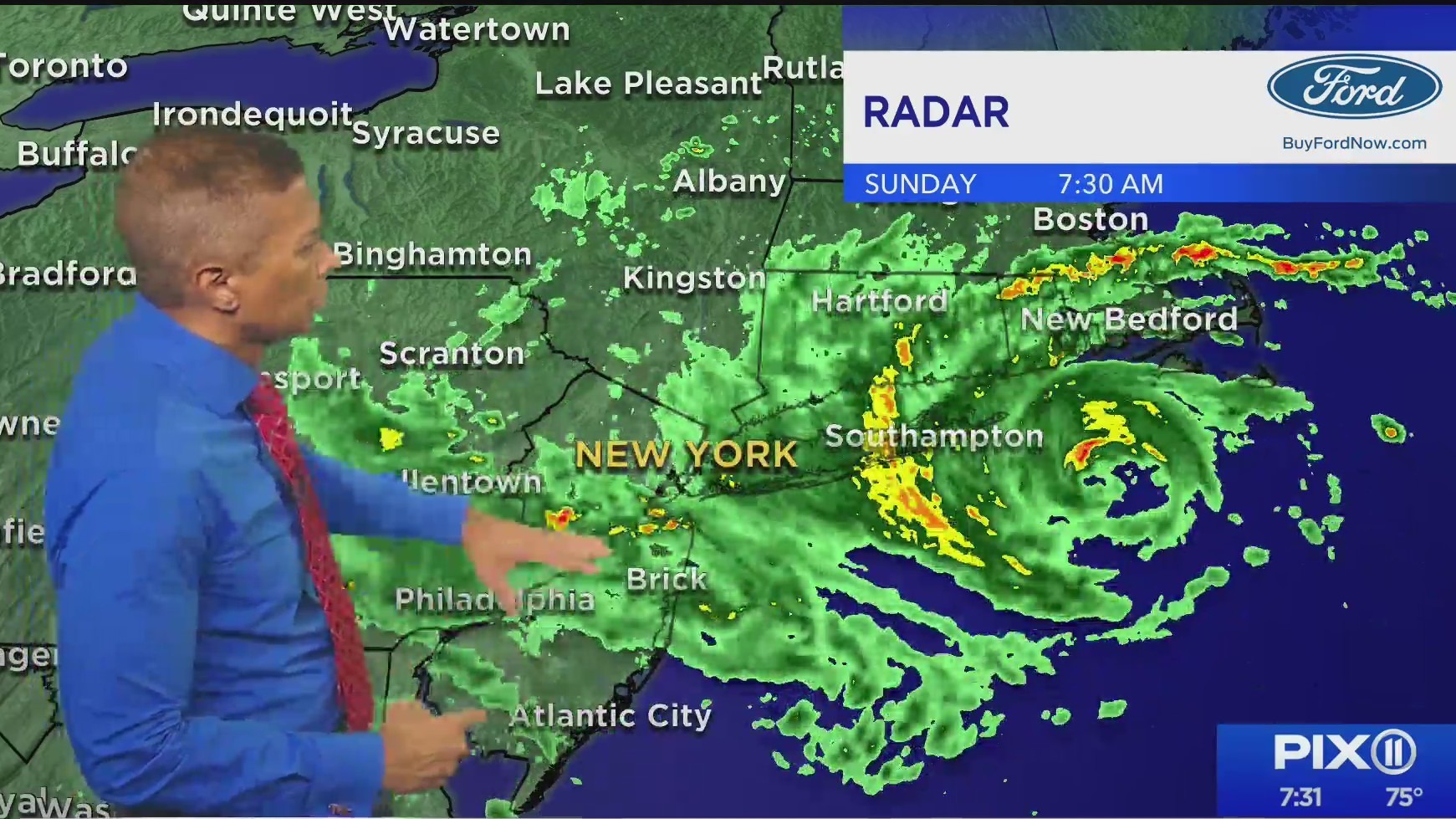 NEW YORK — Henri thrashed parts of Long Island and New York City, bringing heavy rain to the region overnight, but the threat of dangerous weather conditions was not over Sunday morning.

Henri weakened slightly to a tropical storm and shifted a bit east early Sunday, but was still expected to cause flooding and topple trees.

The storm had top winds of 65 mph, as of 10 a.m. It was moving north-northwest and the center of the storm was projected to pass just off the eastern tip of Long Island by midday.

The National Weather Service issued a slew of watches and warnings for the New York metropolitan region.

A hurricane warning was issued for Suffolk County, with life-threatening storm surge, flooding from heavy rainfall and damaging winds possible on Sunday.

Storm surges of 3 to 5 feet were expected along the Long Island Sound. The south shore of Long Island could experience 2 to 4 feet of storm surge and the northern New Jersey coast could be hit with 1 to 3 feet.

Dangerous rip currents and high surf will arrive Sunday and last into Monday as the storm slowly move away from the region.